Above the Noise Foundation fighting addiction through music

Macklemore, Fitz and the Tantrums, and Pvris to headline first Recovery Fest concert on Sept. 29 at McCoy Stadium 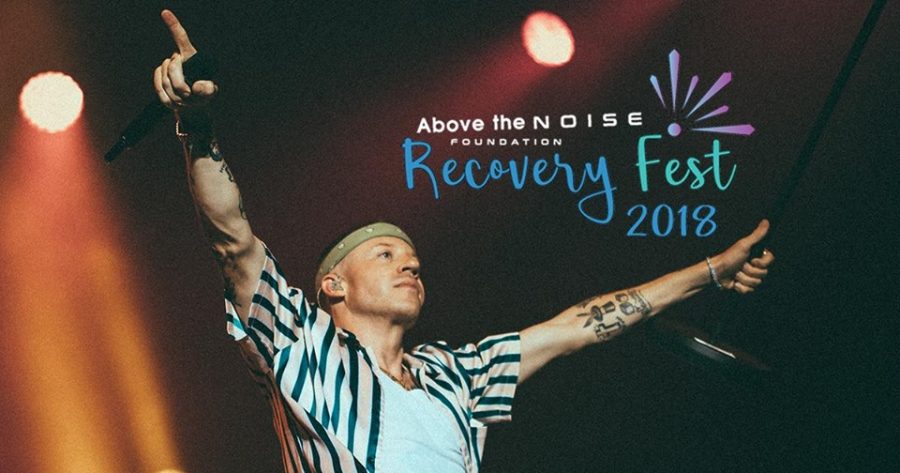 Macklemore, Fitz and the Tantrums, and Pvris will be headlining Recovery Fest 2018 on Saturday, Sept. 29, at McCoy Stadium in Pawtucket, R.I.

But this will be a concert unlike many others.

The festival is hosted by the Above the Noise Foundation, a nonprofit whose mission is to educate and erase the stigma surrounding addiction.

Where did the name “Above the Noise” come from? What was the significance? In the words of founder Kristen Williams-Haseotes, it came from the idea that their mission is to rise above the noise — the “noise” being stigma and misconceptions about the disease of addiction, in order to lift up those who are struggling.

Kristen, executive director Maureen Cavanagh, and musician James Montgomery are the organizers of the show. On Sept. 14, they spoke with Boston-area student reporters about the concert and their motivations.

When I was 19, I went through treatment for substance abuse and I thought my life was over I thought I’d never have fun again.”

It was mentioned many times that they are trying to reach not only those currently struggling with addiction, but anyone who has been affected in some way by this epidemic — meaning former addicts, current addicts, family and friends of those who are struggling, as well as those who have lost loved ones to addiction.

Based upon their explanation of the event, Recovery Fest will be an opportunity to educate and erase stigma, as well as celebrate those who have battled addiction in the past because in James Montgomery’s words, “Celebrating recovery is key.”

They believe that addiction is such a dangerous disease because of its societal perception. They said the number of deaths due to addiction and substance abuse are severely underreported and the false idea that addiction is shameful or “a moral failing” instead of a disease, scares those suffering into silence. The purpose of Recovery Fest is to create an environment for those touched by addiction that is welcoming instead of isolating and hopeful instead of hurtful.

It is the firm belief of those at Above The Noise that music is an art form that is powerful enough to bring people together and lift them up when they are down. Therefore they’ve put their focus into organizing concerts and festivals where the proceeds go to cities across the country dealing with the effects of the addiction epidemic. For instance, their upcoming event Recovery Fest or the Cape Cod concerts they’ve hosted in the past. 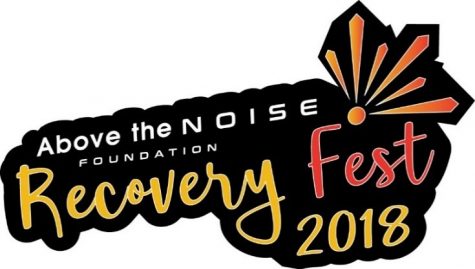 James Montgomery and his all-star band — featuring friends from Steely Dan, Santana, and the Joe Perry Project, among others — will be playing in the parking lot for free all  afternoon. There will be resources available to inform and educate on things like how to know if someone is an addict and how to help them. There will also be access to support groups such as Alcoholics Anonymous, in case those who need it wish to seek help. When the concert begins, speakers will talk to the crowd between acts about their experiences with addiction.

There will be no alcohol served at Recovery Fest because Above The Noise recognizes the difficulty that recovering addicts face at concerts and musical events where the atmosphere is often overly encouraging to the use of alcohol and concert-goers frequently sneak drugs into venues.

”When I was 19, I went through treatment for substance abuse and I thought my life was over I thought I’d never have fun again,” said Kristen. “I felt as though the concert and music gave me hope that life could be good again and fun, and that’s why the intersection between music and recovery was so important for me in my life.”

Above all, the hope of those at Above The Noise is that Recovery Fest is a safe, judgement-free place where those touched by addiction can feel welcome and hopeful. Kristen, James, and Maureen all agreed they hope that Above The Noise will be able to expand to places such as New Orleans, Detroit, Ohio, and eventually maybe even country wide.

Those at Above The Noise are very proud of the work they’ve done so far in Rhode Island and Massachusetts, especially on Cape Cod, because of the opioid epidemic there. In Maureen’s words, “It’s been quite a journey.”