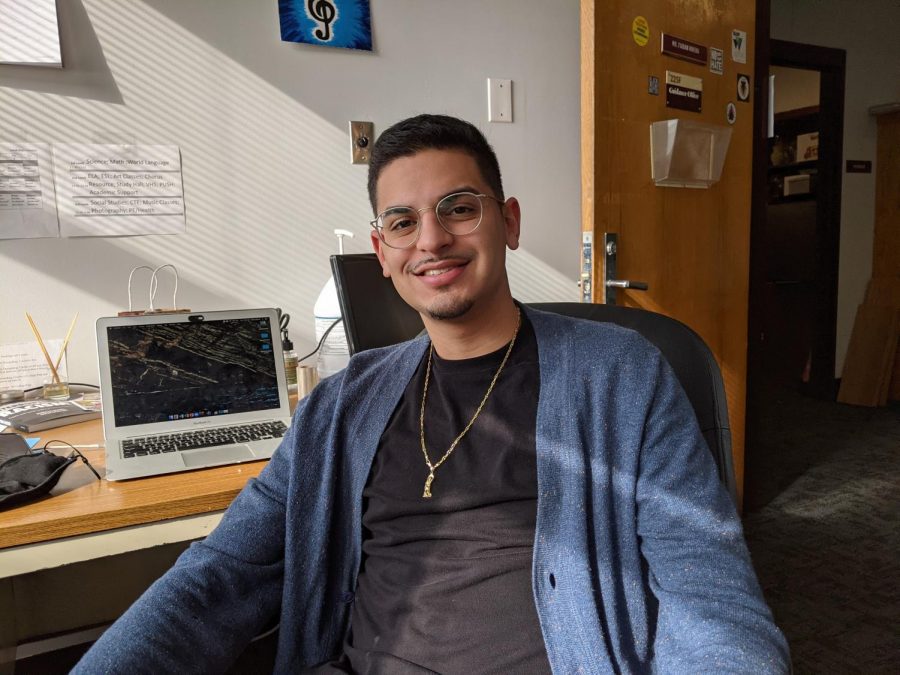 Fabian Rivera is the new guidance counselor at Watertown High School. He said he likes how WHS has a diverse background, and how it has students from different backgrounds.

Mr. Rivera grew up in Lawrence, Mass., to Notre Dame Cristo Rey High School in nearby Methuen. According to him, Lawrence is an inner city, where the majority of the people live below the poverty line, which caused its K-12 education not to be well funded due to the lack of resources.

Opening up about his college experience, Mr. Rivera said he faced lots of racism while attending Assumption University in Worcester. Coming from a diverse town, it was different attending a college with mostly white students. Still, he said it helped him learn more about his identity.

“It was a learning experience, and I’m glad I went,” he said.

His high school counselor was (and still is) very important to him, they had a really good relationship and Mr. Rivera even played violin at his wedding and they are still in contact to this day. Mr. Rivera started playing the violin in the second grade, which sparked an interest for music.

We don’t always have to say “the right thing” but rather make a person feel heard and acknowledged.”

— FABIAN RIVERA, reflecting on a quote by Maya Angelou

When he was in high school, Mr. Rivera worked with his previous violin teacher at his old elementary school, teaching new violinists how to play. He produces different kinds of music, DJing being one of them. He loves hip-hop but enjoys some lo-fi beats and Caribbean-style beats. Mr. Rivera works with many R&B singers.

His counselor was one of the reasons Mr. Rivera wanted to become a guidance counselor. That and wanting to empower students. He’s been counseling teens for a while but this is his first year in fulltime in a school. He used to work at a nonprofit and also worked in an afterschool program at the Boys and Girls Club of Worcester.

“This quote is a reminder that we don’t always have to say ‘the right thing’ but rather make a person feel heard and acknowledged,” he said.

Working with teens can’t be easy, and must come with challenges. Mr. Rivera says that especially this past year with the COVID-19 pandemic that teens lack motivation that finds that spark in them that drives them. But the best part about working with teenagers, according to Mr. Rivera, is that, “Teenagers are at the age where they become more independent and I think it’s a lot more rewarding when teens can be more involved in the process of their academics vs. younger students who aren’t involved.”

Noor Dia is a member of the Raider Times staff.