Raiders ready for first round of football playoffs

Fifth-seeded Watertown to play at Triton on Nov. 1 at 7 p.m.

The Watertown High School football team has just finished another regular season with a winning record. The Raiders finished 4-3, which was good enough for fifth place in  Division 4 North and a spot in the playoffs.

As for Watertown, the Raiders are more prepared than ever for the game on Friday.

“This is possibly the biggest game for this school ever!” said captain Luke Leitner. “I have been playing football my whole life. This is the moment I’ve been waiting for.”

This year the Massachusetts Interscholastic Athletic Association (MIAA) adapted a new playoff format, which allows more teams to make the playoffs while bringing down the number of teams playing football after Thanksgiving from 74 down to 12.

The sectionals (North, South, Central, West) are aligned in a tournament format, with the  eight teams based on power rating making it. The power rating is determined by formulas created by the MIAA football committee.

The Watertown-Triton winner will play the winner of Pentucket-Hamilton-Wenham in the semifinals next weekend. The finals will be played Nov. 15-16 to find out who will play in each Super Bowl.  The number of Super Bowls has lowered this year from nine to six.

Each weekend, the MIAA football committee will schedule the next round of games for all high schools, even if they are no longer in the playoffs. (The Thanksgiving game against Belmont will be played as usual.)

A big part of the Raiders’ success has come from the defense. They have allowed 21 points per game.

“These remaining games are for the seniors. All of them.  Every single one of them deserves to be here, they have been a huge part of our success,” said starting offensive and defensive lineman Erik Baghdasaryan, “They are all family to me. This whole team is my family. We’ve gone through thick and thin together, and now we’re here.”

(For information about the high school football playoffs and schedules, go to the MIAA football website.) 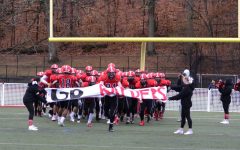 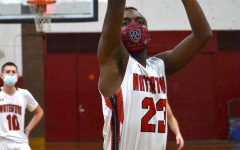 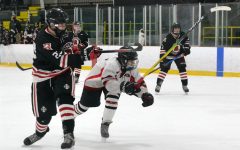 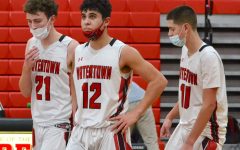 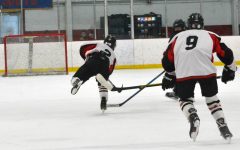