Maraiders’ season comes to a close

The concept of two fierce rival towns joining forces to form a single team has always seemed odd to many, but the Watertown-Belmont co-op girls’ hockey team — combining their school nicknames to form the “Maraiders” — have managed to find success in an unlikely coexistence. 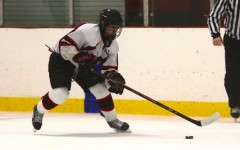 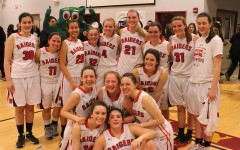 It wasn’t a storybook ending, however, for the Watertown-Belmont girls, as the Maraiders fell to Austin Prep in the quarterfinals of the MIAA Division 1 state tournament, 2-0, on Wednesday night in Woburn.

Freshman goaltender Jonna Kennedy’s 13 saves weren’t enough for the Maraiders (19-4-1), who could never get their offense going despite multiple chances in the Cougars’ zone.

With the game scoreless after an even first period, the Cougars (17-3-2) jumped on the board first, three minutes into the second frame, when senior Meghan Hanlon found the net to put her team up for good.

The Cougars would extend their lead before the period was out on a great solo effort from senior captain Madison Ricci, who beat two defenders and left Kennedy sprawling with a slick move to double the advantage.

Despite an almost identical shot count through two periods, the Maraiders couldn’t capitalize on any of their chances, and Austin Prep goalie Catherine Flagg earned herself a 16-save shutout.

The Watertown-Belmont girls very nearly found themselves back in the game with just under seven minutes remaining when a blue-line wrist shot from Belmont native Erin McLaughlin found its way past Flagg only to clank off the crossbar, inches from turning the tide.

When the buzzer sounded, the Maraiders had to skate off in defeat, but have quite a bit to be proud of after another very successful season. They say farewell to their seniors, including McLaughlin, Pauline Ayer, Emily Loprete, Casey Shea, Suzanne Noone, and Marissa Puma.