Stoneham runs away from Watertown 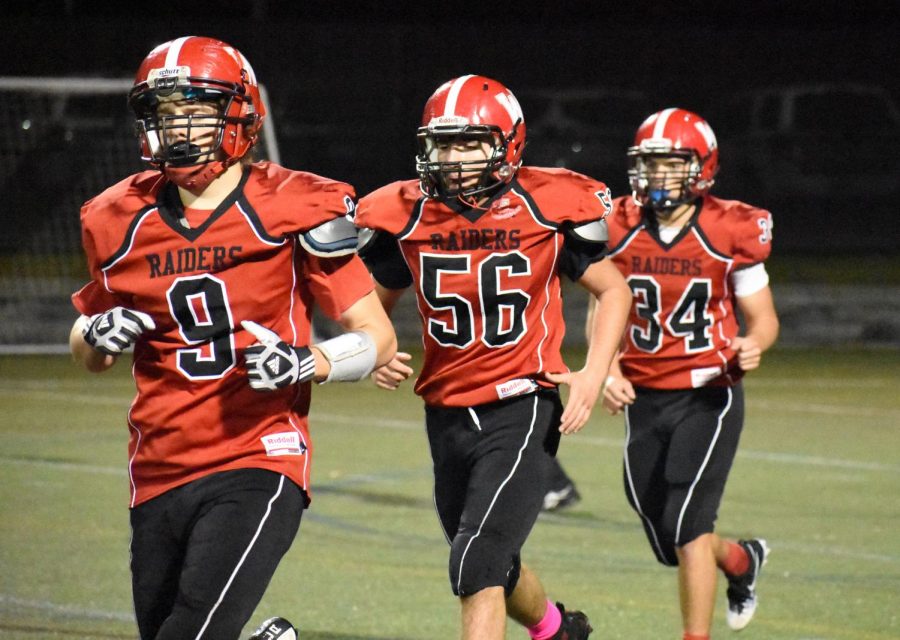 The Watertown Raiders football team fell to the Stoneham Spartans, 51-13, on a chilly Friday night at Victory Field.

Stoneham’s run-heavy offense powered the Spartans to victory as they racked up six rushing touchdowns in the first half.

The first place Spartans (6-0, 4-0 Middlesex League) would not be stopped by the Raiders (1-5, 0-4), who are in the midst of a five-game skid. The defending Division 3 North champion Raiders were once again without senior captains Mange Camara (foot) and Yoseph Hamad (knee), who is out for the season.

Watertown’s defense got off to a solid start, forcing a Stoneham punt on its first possession. However, after a three and out by the Raiders, Stoneham marched down the field and scored on a 10-yard rush by junior Deshaun Chase. The Spartans went for 2 and converted, making the score 8-0 with 4:02 remaining in the first.

Stoneham kept the pressure on after its first score as the Spartans recovered an onside kick on the very next play. They would score on the ensuing drive, and by halftime they held a commanding 45-0 lead.

The Raiders finally broke through late in the fourth quarter on a 3-yard rush by junior Karim Monroe, making the score 45-6. The teams exchanged touchdowns once more before the final horn.

The Raiders will look to bounce back at home again versus Wakefield on Friday night, Oct. 19, 2018.