Watertown football has something to prove

Raiders to host Newburyport on Friday, Nov. 9., at Victory Field at 7 p.m., then finish season at Belmont on Thanksgiving 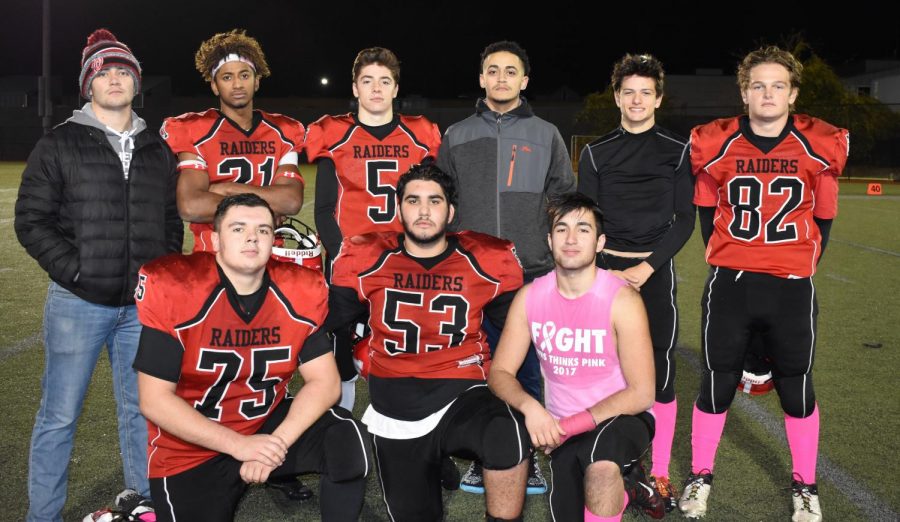 Watertown High will play host to Newburyport on Friday, Nov. 9, at 7 p.m., giving those in the Class of 2019 one final game at Victory Field.

Every year on Thanksgiving bedlam takes place between the two rivals, Watertown and Belmont. The all-time rivalry favors Watertown as the Raiders have been on a run defeating the Marauders for six years in a row. But can the young Watertown team led by senior captain Nick McDermott (3-6) go on the road and take down a veteran Belmont team (4-5) on Nov. 22?

Senior captain Mange Camara said, “We have really been improving in these past few weeks, but Belmont is definitely good competition and whoever makes fewer mistakes is gonna take home the chip.”

In the past, the records have been much different coming into this game for both teams as playoff runs have been familiar for both. This year promises to be an exciting game as everyone is unsure of what to expect on the Turkey Day special. It should feature a fight of the running game between Camara against Belmont’s Rhaki Joseph.

McDermott said, “They are a good team this year, and they are going to bring it. It will be a battle, and one of the toughest games of the season.”

Both teams have obstacles coming their way. On Friday, Nov. 9, Watertown will host Newburyport at Victory Field at 7 p.m., while Belmont travel to Melrose, which the Raiders lost to at home this year.

Newburyport (5-4) was seeded fifth in the Division 5 North tournament, but was knocked out of the playoffs in the first round by Pentucket, 14-6. Last week, it beat Weston, 3-0.

The Raiders will seek to show their toughness on Friday as they try to extend their winning streak to three games. It will be the WHS seniors’ final home game.

After the game, the Raiders will turn toward Belmont. Pep rallies, which are looked forward too all season, will be bringing the hype and Belmont’s field will be packed.

The anticipation of the game is rapidly building.

Brennan Cook is a member of the Raider Times staff.