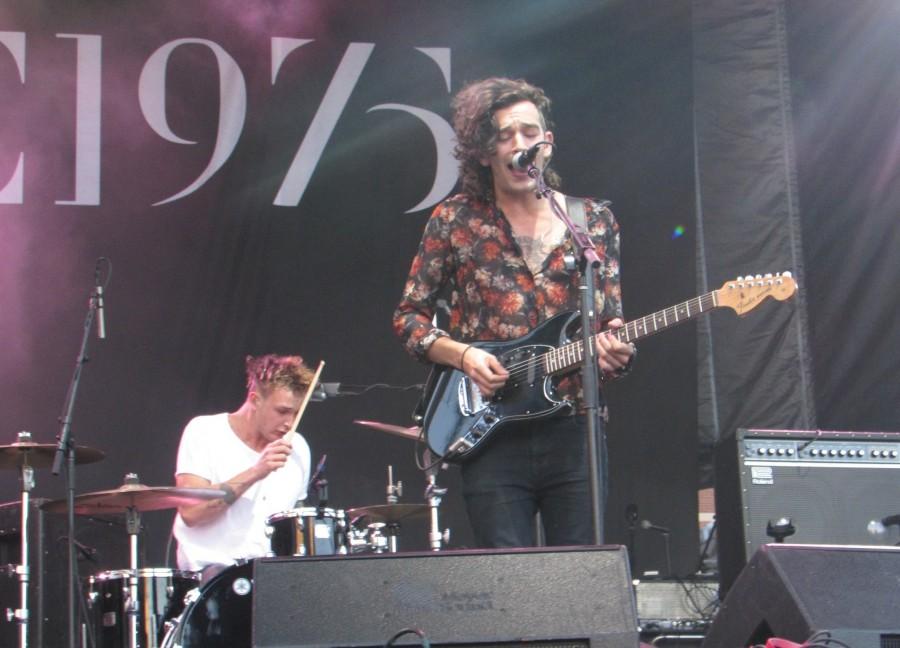 Boston Calling is a three-day music festival that takes place at City Hall Plaza in Boston twice a year. This year, the second event took place from Friday, Sept. 5, through Sunday, Sept. 7.

Many popular acts came to town to perform at these all-day concerts, including Lorde, Sky Ferreira, Childish Gambino, The 1975, The Replacements, and Twenty One Pilots.

Friday’s event was short, with only three acts performing, however on both Saturday and Sunday, 10 acts were lined up to go from 1 p.m. to the 11 p.m. curfew. The gates opened for general admission at approximately 12:30 p.m., and the first wave of fans sprinted into the plaza and filled in the front of the two stages, eager to see their favorite bands and singers. Little by little, the people were let in to the site to prevent injuries from the roughly 20,000 attendees coming in at once.

Sunday was a beautiful day for an outdoor concert. It was warm with a slight breeze, so the thousands of people crammed together did not feel suffocated. Still, the event staff were very helpful, passing out free water bottles to thirsty fans to prevent dehydration from standing in the sun for hours.

Many people who had claimed their spots close to the stages chose not to move for the entire nine-hour show, but others found it better to wander off between acts; either heading over to the other stage or participating in some of the on-site activities,  such as a temporary tattoo station, a photobooth, games, food, and other vendors selling their products.

The majority of the crowd were teenagers and young adults with more or less equal numbers in gender. The overall mood was fairly mellow, and the crowd got along. It was inevitable to make friends with those who were next to you; being squished together for nine hours can and will bring people together.

Sunday’s show kicked off on time with Gentlemen Hall, a Boston indie pop band. They got the crowd in a groove and had everyone clapping and singing along. Almost immediately after they finished playing on Capital One 360 Red Stage, the next act, San Fermin, went on over at the JetBlue Stage, only 100 or so feet away. Fans who preferred to stay at the Capital One stage were able to turn and watch the performers at the JetBlue Stage, and vice-versa. The festival stuck to a tight schedule and all of the singers and bands were on stage at exactly at the time as promised.

As the day wore on, two of the more well-known acts performed, the first of which was Twenty One Pilots at 5 p.m.

Twenty One Pilots is a musical duo from Columbus, Ohio. They excited the crowd by wearing their signature ski masks on stage and firing up the crowd with songs off of their album, “Vessel”. Band members Tyler Joseph and Josh Dun have a unique style of music, which ranges from indie pop, to rap, to electronica, to alternative rock.

At many points in their performance, Joseph and Dun sprinkled in covers of popular songs such as “All I Do is Win” by DJ Khaled, “Drunk in Love” by Beyoncé, “Summertime Sadness” by Lana Del Rey, and “Can’t Help Falling in Love” by Elvis Presley, to which everyone at the festival couldn’t help but to sing and dance along.

The duo owned the whole venue by interacting with crowds from both stages. At one point, Joseph left his stage and sang a song from a platform in the crowd. Their insane amount of energy and exciting music left the crowd fired up.

Immediately after Twenty One Pilots came another well-known band, The 1975. The 1975 is an English indie rock band that has acquired a notable amount of popularity in America in the past couple years. The band pleased the crowd by singing its more popular songs, such as “Chocolate,” “Girls,” “Sex,” and probably their best song performed live, “Robbers.”

“Robbers” is a very emotional song and lead singer Matthew Healy made it especially special to one fan whom he invited to sit on stage while he sang it. The studio version of “Robbers” is of no comparison to hearing it live. The crowd could physically feel the music in their bodies and Healy’s voice was raw and passionate. The 1975 put on truly an incredible show that left the audience buzzing.

Concluding the night was Nas and The Roots, which wrapped up at about 10 p.m. Shortly thereafter, fans began to leave feeling tired after a long day of standing, but also satisfied from seeing 10 great performers that day.

Many people had attended two or three days of the festival and went home eager to buy passes for the May 2015 show.

The stages would come down shortly and City Hall Plaza would return to normal until the next Boston Calling.

Dominika Bondaryk is a veteran member of the Raider Times staff (2014-16).