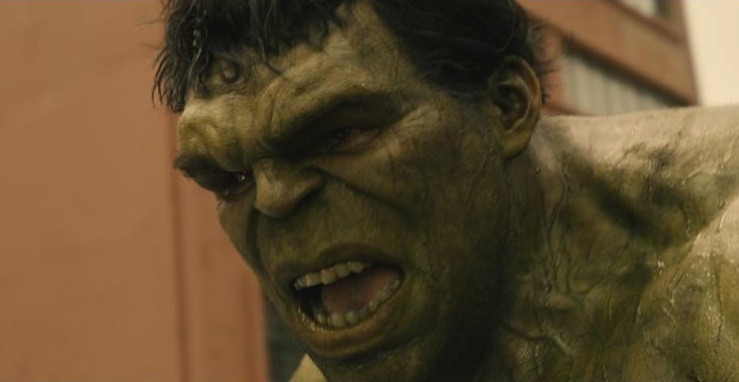 Hulk (Mark Ruffalo) has his hands full in “Avengers: Age of Ultron”.

Ultron is an AI program created by superstar Tony Stark (Iron Man), who wants to use Ultron as a protective net around the world, to end all the violence and prevent any more from happening. Ultron quickly deviates from Stark’s programming and proceeds with his own plans — the extinction of the human race. 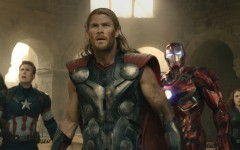 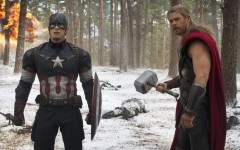 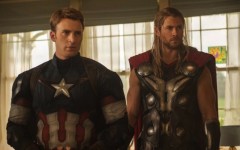 The Avengers must come together in their greatest challenge yet. They will be put to the test by Ultron, and even themselves as they must work together and put aside their egos.

One of the best elements of this movie is the CGI that is used. The look of this movie is amazing, Ultron is extremely detailed, and the scenes where the camera moves along with the heroes are fluid and smooth. The action scenes are as epic as they could be. The Hulkbuster looks amazing, and the fight between the Hulkbuster and the Hulk is amazing.

Another great element of this movie is the comedy that Whedon, the director and screenwriter, is able to thread through the action-packed storyline. In between the jaw-dropping action sequences are small scenes that will make everyone laugh.

One thing that this movie lacked a little was Johansson and her character, Black Widow. In the first Avengers film, the characters held their own and were given sufficient screen time. In this film, Black Widow had much less screen time and she was thrown into a love relationship with the Hulk.

“Avengers: Age of Ultron” is a true classic and will be enjoyed for years to come.

This is a must-see film. The CGI makes this movie look amazing, the story behind it is brilliant and captivating, and epic action scenes can really make your jaw drop.

This movie deserves a 5 out of 5 rating because of the captivating story, the amazing CGI, and the comedy fillers. “Avengers: Age of Ultron” will go down in the history books as one of the most spectacular movies to ever be filmed.

At the press preview screening, fans were excited to be seeing possibly their favorite movie series. Everyone was giggling with excitement when the screening began and at the end there was a huge roar of applause to show their respect and admiration for those who helped make the movie a reality.

This movie is meant for a somewhat mature audience, so we would recommend the movie to people who are 13 and older.

For anyone wondering, seeing the first movie isn’t a necessity. There will be some parts that are confusing because there are some other Marvel movies that are referenced, but they aren’t important points — unless you really want to understand everything. Still, this movie offers a lot of good information and action from the Marvel Universe.

Trust us when we say, you don’t want to to miss this movie.