“Inside Out” a brilliant ‘kids movie’ 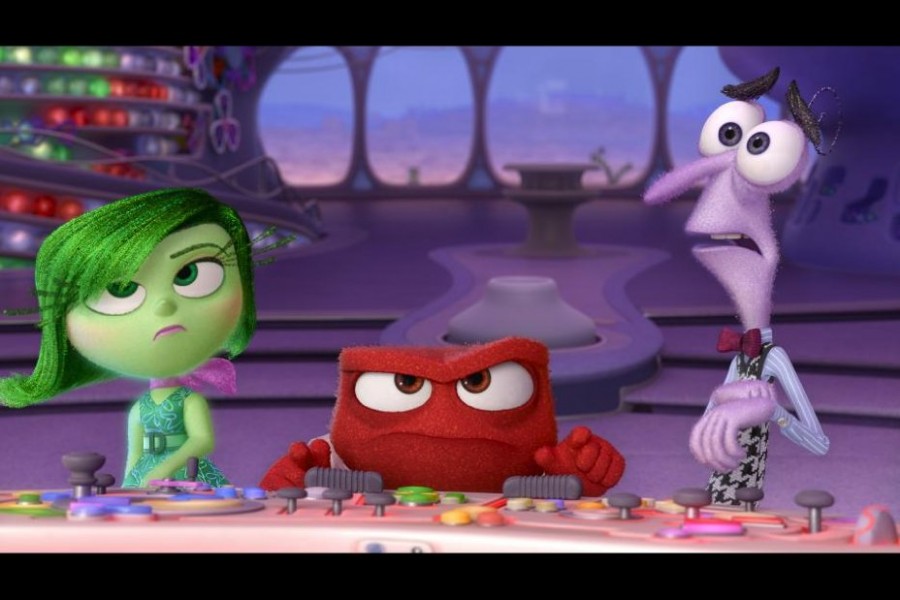 Tears. Laughter. Suspense. All of this and more during “Inside Out.”

The bare bones of the plot — a young girl named Riley (voiced by Kaitlyn Dias) moves to San Francisco and her emotions clash while trying to help her navigate a new city, school, and house — do not do it justice. Disney/Pixar once again makes a brilliant “kids movie” where adults are sucked into the plot and forced onto the edge of their seats right there with the elementary-schoolers.

To start with, it is not a musical. Just in case anyone was worried about another “Let It Go.”

Now on to the actual movie. The plot was awesome, especially considering the main story lasts about three days. The animation was gorgeous and it was a really interesting take on growing up, how people change, yet remain themselves even when thrown into completely new situations.

The movie portrays many different parts of the mind: from dream production, which does what it’s name suggests, to the pit of the forgotten, where memories that fade are thrown into and eventually turn into dust.

Interestingly enough, the emotions also seem to be able to experience a range of emotion. Joy (Amy Poehler) and Sadness (Phyllis Smith) are sucked out of headquarters meaning they can no longer affect Riley directly and so the remaining emotions, Anger (Lewis Black), Disgust (Mindy Kaling), and Fear (Bill Hader), have to run her mind, which leads to some less-than-stellar days in Riley’s life.

Though nearly seamless, there are a few loose ends, such as why Riley and her family move to San Francisco, that are never tied up.

As a movie dealing with emotions ought to, it makes the audience feel the emotions and there was more than one adult shedding tears in the theater. Packed with jokes for all ages, the movie finds a great balance between humor and serious plot and everyone and their emotions should go and see it.