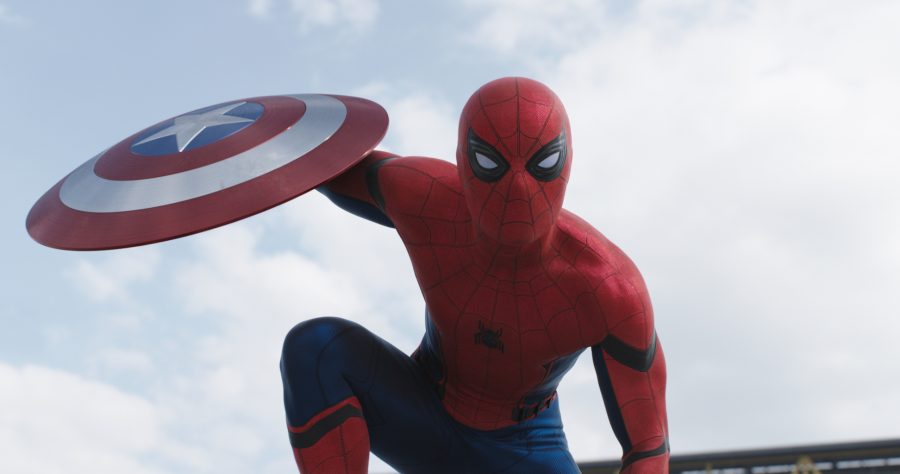 There are plenty of superheroes in “Captain America: Civil War” including Spider-Man.

If you like the Marvel movies, then you will definitely like “Captain America: Civil War.” Even if you’re an occasional viewer of these films, there is still plenty to enjoy.

This movie had great action, all the fights from the trailer were there and even better. If I have to pick a favorite fight scene, it would have to be one at airport because it was where all the characters were introduced to each other.

The conflict was exceptional because it always felt driven by the characters and was very believable. It didn’t feel like a bunch of characters fighting because Marvel needed something to compete with “Batman v. Superman.” It felt like people fighting for what they believe in.

The movie did a good job of sticking to the plot about the heroes fighting as the main focus and having everything else complementing it. This film also did well balancing the screen time between the large cast of all the returning heroes (minus Hulk, Wasp, and Thor) and newcomers Black Panther and Spider-Man, making sure they have enough development that you want to see more from them in future movies.

A small thing I liked is that whenever there was a location change, big white text of the place name would pop up on screen. Speaking of Spider-Man, when the text came on screen reading “Queens” everyone in the audience absolutely lost it. He was definitely my favorite character and he was completely worth the wait to see a Marvel Cinematic Universe Spider-Man.

The humor in the film was serviceable. If you like the Marvel brand of humor, than you’ll like it.

One major thing that bugged me was how the movie didn’t really end. Rather it just sort of stopped! For example — and I’m trying not to spoil anything — I felt like Captain America’s arc didn’t have much of a resolution.

Some other nitpicks include a particular joke was repeated a few too many times; the actress for Aunt May seemed really young for the role and looked more like Peter’s mom; and the only reason why Spider-Man joins Iron Man is because Tony bribes him with a new suit and not exposing his identity.

Additionally, Spidey seemed a bit uncharacteristically nervous during the airport scene, but that was probably because it was his first mission and I expect that he’ll be the same fast-talking web-slinging hero we know and love by the time his own movie comes out.

At the end of the day, this film had a few flaws, but I felt they were ultimately mitigated by all the things it did well. With all that said, I give “Captain America: Civil War” a 7 out of 10 with the recommendation to see it.