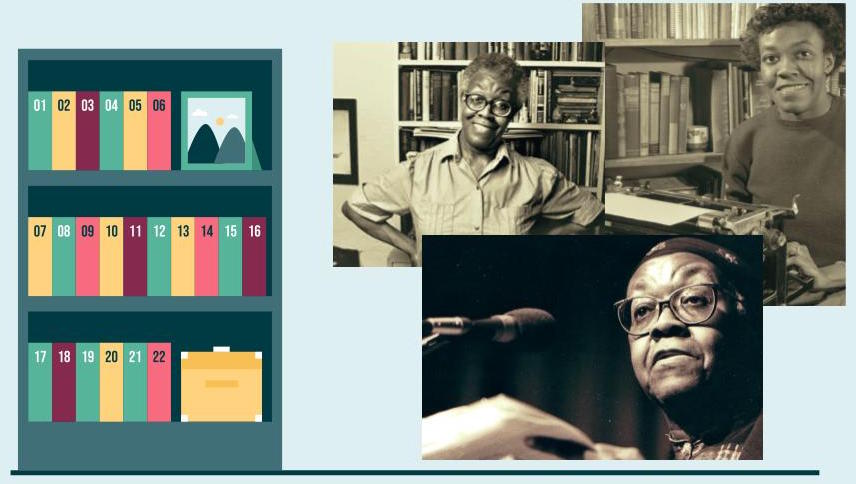 A slide from the Gwendolyn Brooks presentation given at Watertown High School during Black History Month.

Alexa Canady is a pediatric neurosurgeon, a difficult job for anyone. She’s also a Black woman. In fact, Dr. Canady was the first Black female neurosurgeon in the United States. She specializes in gun-shot wounds, head trauma, brain tumors, and life-threatening illnesses. Among other achievements, she was named Woman of the Year by the American Women’s Medical Association and has received three honorary doctorate degrees.

Unfortunately, she’s often overlooked for both her race and gender.

However this year, in honor of Black History Month, students at Watertown High School learned about Dr. Canady and many other influential (though sometimes overlooked) Black figures in slide shows in most of their classes throughout the month of February.

The question is, how effective were these presentations and what effect did they have on students?

“I thought they were really informative both about Black artists/historical figures and just about more important people that we don’t generally learn about in school,” said WHS senior Natalie Finton. “There are a lot of Black people who have done super important things but we just don’t learn about them often or ever.”

Classmate Eva Henry said, “I liked how they were all different figures that had to do with the curriculum. It wasn’t just people we’ve always learned about, like MLK Jr. or Rosa Parks.”

“I think they are very important and I’m learning a lot about systematic racism,” said senior Aidan Curry. “There are many important contributions to fields such as math or computer science I just didn’t know about because of the color of their skin.”

English teacher Will MacLaughlin said there were powerful reactions to the presentations and “it felt cool to connect students to other genres.”

“It was successful more kids wanted to check out the people more and learn more,” he said.

“With great response from the students, the English department is planning on adding more Black authors and authors from other cultures. The incorporation and focus on Black authors show how the authors affected English culture today. As some authors write about their own past, listening to their stories is a reflection of racial injustice.”

“I really loved it!” said Caitrin Zellers, a social studies and special education teacher at WHS. “As a history teacher, I loved having additional time dedicated to Black history and to Black people I admire that I might not get a chance to talk about during the school year. I particularly liked that it was done in every subject because it gave students exposure to the accomplishments and contributions of Black people across disciplines, especially math, science, and the arts.

“I would have loved for there to have been something school-wide to kick off Black History Month, maybe on Carter G. Woodson, who is the reason we have Black history month.

For the most part, the students saw the presentations in Friday classes during the shortened 20-minute blocks, which led to some issues.

Sophomore Ashley Leal said, “I really like them I thought they were interesting. It was a great way to learn about African-Americans who changed the world. I wouldn’t change anything about them, and I think we should continue doing this presentations going forward.

“Some teachers put it on as a second thought, though, and they would save it for the last five minutes and I wouldn’t get the time to learn”

Natalie Finton added, “Putting the presentations on Friday when everyone is just waiting to get off Zoom was probably not the best way to ensure people were engaged.”

“It was easy for people to zone out,” said senior Esther Mendez.

“I think for the most part they were good, but many times the lessons weren’t super interactive and I wished they were,” said sophomore Katerina Lithotomos.

The presentations also highlighted a different aspect of what WHS students are learning overall.

“Doing these presentations also made me realize how little we learn about Black people in the other parts of the school year where I wouldn’t have noticed before,” said sophomore Eden Salley.

Sophomore Cece Maillis said, “I wish we could do more with it year round, because when we are only learning about Black people for one month it kind of makes it seem as if they are a less important part of history.”

A ninth-grader who wished to remain anonymous said, “Black history should be celebrated all the time . . . when in reality we only learn about them for less than 20 minutes.

“Some people will never understand the struggle of being a [person of color], but we can take this month to listen to Black stories, good and bad, to present and past to educate students.”

Eva Henry added, “I’m proud the school did this , but I still expect more. I’m glad I got to see this before graduating, heading towards change.”

Ava Hayward is a member of the Raider Times staff.

Ava Husson is a member of the Raider Times staff.

Shamaelle Joseph is a member of the Raider Times staff.