Poulin, Busconi stand out as Raiders hockey team improves to 5-2-2 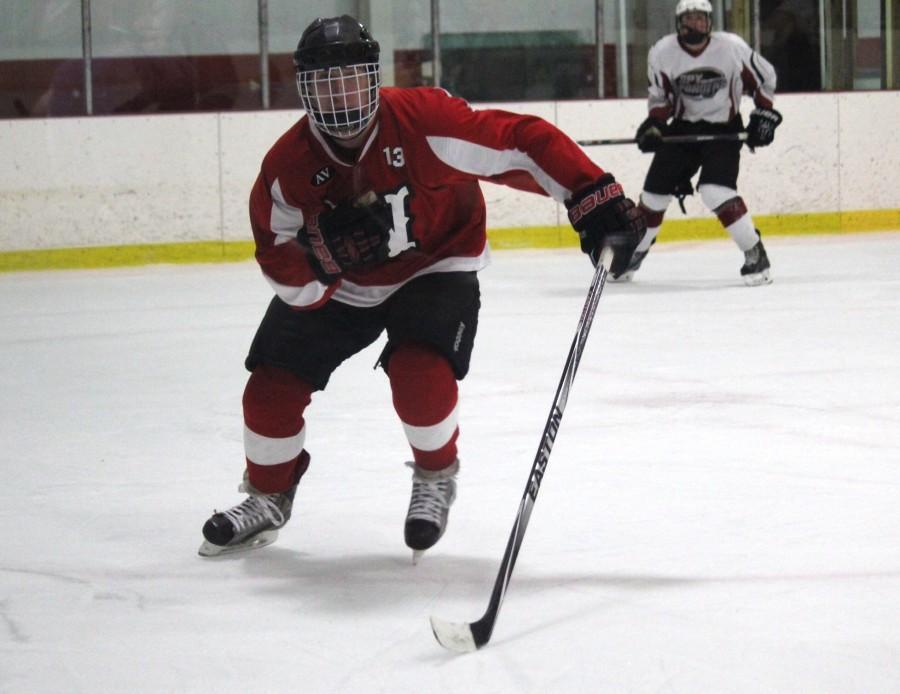 Approaching the halfway point of the campaign, the Watertown High hockey team is continuing a strong season in the defense of its Middlesex League title.

After a shaky three-game stretch with two ties and a loss, the Raiders got things back on track with a big 4-1 home victory Wednesday, Jan. 14, over a strong Melrose team to bring their overall record to 5-2-2.

Senior goaltender Anthony Busconi had 37 saves in a Watertown win.

“Melrose is a strong team, a good team to beat,” said Busconi, the Raiders captain. “I think we’re starting to peak at the right time.”

Watertown’s follow-up game at Reading on Saturday, Jan. 17, was postponed after one scoreless period because of problems with the Burbank Arena ice.

In the win over Melrose, WHS junior forward Tyler Poulin opened the scoring midway through the first period with his fifth goal of the season, netting a highlight-reel shorthanded goal.

With senior Nick Giordano in the penalty box, Poulin took the puck from his own end, carried it alone up the ice, deked past two defenders, and fired a snapshot top corner to beat Melrose goaltender Tyler Brown and give Watertown the lead.

The goals came in bunches in the second frame. Jeff Comeau doubled the Raider lead just 30 seconds into the period, and the Raider senior picked up another point with an assist when junior Nick Martino scored only a minute later.

Just two minutes went by before Melrose junior Zack Phipps cut the lead to 3-1, but it only took another minute for Watertown junior Michael Giordano to restore the three-goal lead.

The third period had a very different tune, as neither team could find the net and things ended at 4-1.

Coming off of a four-game win streak, the Raiders took a 4-1 record into Burlington on Jan. 3, to take on the top team in the Middlesex League Freedom Division.

Despite falling into a 2-0 hole in the second period, goals from Comeau and Martino, along with some usual clutch goaltending from Busconi, helped the Raiders escape with a point in a 2-2 tie.

The Raiders faltered the following game against Stoneham. Busconi’s 34 saves weren’t enough for Watertown, which never got going offensively and had to swallow a 3-0 home defeat.

Freshman Timmy Connors scored the lone goal for the Raiders against Wilmington, and they managed to hold on to a 1-1 game to pick up another point.