At home under the Victory Field lights 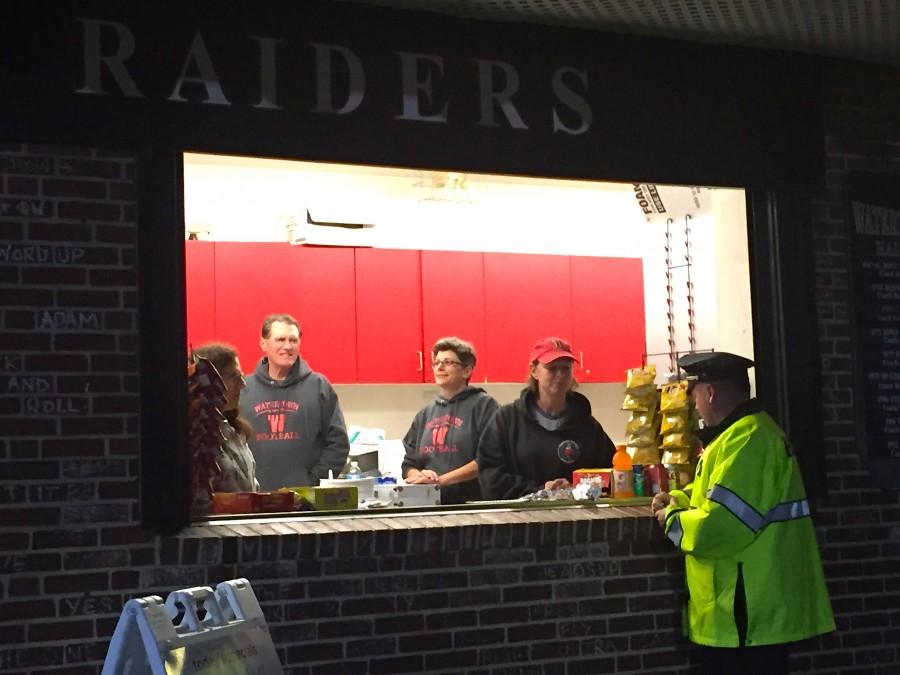 It’s a chilly and rainy October night and crowds rush into Victory Field, home of the Watertown Raiders football team. Students, parents, and alumni alike are all captivated by the scene on the field highlighted by bright lights and enthusiastic cheerleaders. When the game is over, they congratulate the team on a game well played, and continue their Friday night, failing to stop and notice the people behind those lights, the people who make the game possible. Below are the stories of several of these people.

At Watertown High School, the faculty members pride themselves on being tirelessly involved with their students and the community.

Rachel Morgan, who is usually seen working hard and helping students in the library, is also the Senior Class adviser, head of the Pride Committee, and supervisor of the Virtual High School program (VHS). Outside of school, she can be seen coaching the Watertown Middle School girls’ basketball team and collecting tickets for the football team every Friday night.

She enthusiastically accepted this job to support the WHS athletic department.

“I enjoy being a part of the community that I love,” she said. Her favorite part is having those special interactions with students and families alike outside of the school setting.

Traditionally, the snack shack at Victory Field is run by parents of the freshman football team. At the games, they love the opportunity to meet and talk with people from the community and be able to give back. One mom described the atmosphere at Friday night football games as very family-oriented.

Michael Spillane is a math teacher at Watertown High School and George Hoffman is a retired Watertown police officer and husband of Sandra Hoffman, a history teacher at WHS. Together, they protect the field from any crazed fans attempting to tread on the turf and interfere with the game. They love being involved, while simultaneously getting to watch their team play.

Mr. Lahiff has been Watertown’s athletic director for nine years. He believes the best part about Friday night football games is the fact that the field is in the center of the town, so it invites all members of the community to come and support the high school team.

He thinks the special part about high school sports is the passion, effort, and true competition, as opposed to professional athletic teams, which are in it for money and endorsements.

Eric has been Watertown’s athletic trainer for two years now. He is also an aide at WHS.

He attends all the football games, home and away, stretching out the players and attending to their injuries.

“I love standing on the sidelines and being involved with the team, it’s great to be a part of the game,” he said.

Alexis Catsoulis is a veteran member of the Raider Times staff.