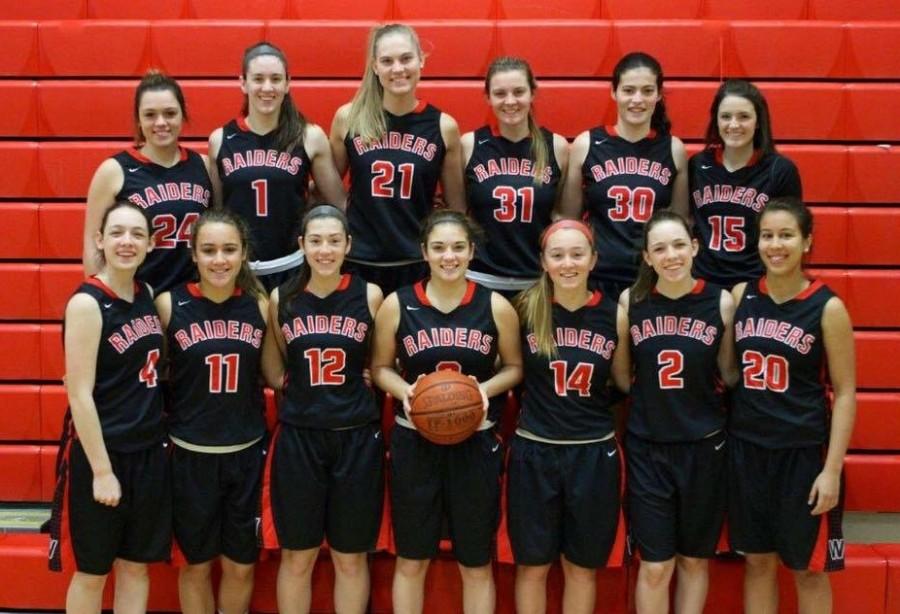 With the regular season wrapped up, and last season’s painful ending still lingering in their minds, the Watertown High girls’ basketball team is gearing up for another postseason run.

Nearly a year removed from a 49-30 loss to Duxbury in the program’s first trip to the state semifinals, the Raiders enter the MIAA Tournament with a 17-3 record. They tore through their regular season schedule, going 15-1 in Middlesex League play.

The WHS girls’ basketball team, with the No. 1 seed in Division 2 North, will get a bye in the first round. The Raiders will host a quarterfinal game Friday at 7 p.m. against either Chelsea (13-7) or Danvers (12-8).

Just as they did a year ago, Watertown has been routinely stuffing their league opponents, not allowing teams to reach double-digits at halftime on multiple occasions.

Once again, it is stellar team defense that is setting the Raiders apart, and part of the defensive clinics they’ve put on comes just from preparedness.

“I watch a lot of film with my kid, that’s kind my family bonding time with her,” says Watertown head coach Pat Ferdinand. “We lost a game a couple years ago in Wilmington, and that was the only game we didn’t game plan for, and that sticks with me. 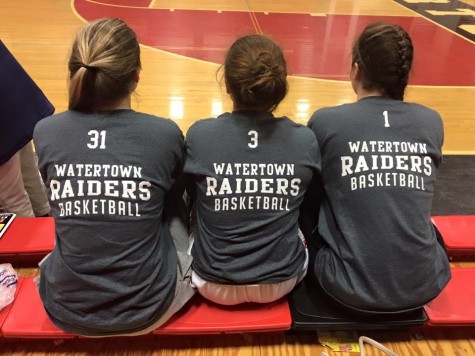 “We change our game plan and we try to take everything the team likes to do, and not allow it to happen. We like to have a lot of tools in our bag that allow us to do that.”

The Raiders defended their Middlesex League title this year, losing only one game in league play. Their other two losses came in two midseason tournaments, including a final-minute 58-55 loss to Division 1 opponent Natick.

“The tough part with Natick was we had to defend them a certain way,” says Ferdinand, “so there was a limited percentage of our team that we could put in.”

The Raiders have struggled in tough games with depth, after losing two starters, Rachel Morris and Gianna Coppola, to graduation last year.

“It’s tough because the kids we had last year,” says Ferdinand. “We were deeper because we had kids that could spread the floor better. We’re definitely not as good of a shooting team as we were last year. That’s 100 percent. We’re not. We just have to be able to do things differently.”

Even with one of the strongest starting fives in the state, and a strong 17-3 record, the Raiders aren’t quite where they were a year ago today, when they entered the Garden a perfect 21-0.

“I think for the players, it might take some of the pressure off,” says Ferdinand about being undefeated. “Winning and losing all comes from the work you do beforehand. Those teams [that beat us this season] played well on those nights, and we didn’t perform well, but it was really important and valuable for that to happen to us.

“With the playoffs, regardless of whether you’re 20-0 or 17-3 [coming in], it’s one and done. I told our team that we were the No. 1 seed, but it only takes one. It’s one game to move on and one to send you home, so our focus needs to be really on point.”

With their defense a strong suit from the beginning, the Raiders were able to spend a lot of their time this season working on their play on the other end of the floor.

“One of the things we’ve really focused on is our offensive execution,’’ says Ferdinand. “We did OK in the regular season, but we didn’t do as well as we could have. So over this break, I think we’ve done a really good job of understanding what we’re going to be doing offensively.

“I think we can be very good offensively, but sometimes we’re impatient. I think the most important thing is that we need to be methodical, and sometimes we don’t care about possessions enough.”

“People just have to play within themselves, work as a unit on both ends of the floor, need to be engaged, need to be bought in.”

For the seven seniors graduating this spring, it has been an impressive few years, including back-to-back Middlesex League championships, multiple Division 2 North sectional final appearances, and a trip to TD Garden last spring.

Watertown holds the number one seed in Division 2 North once again, and will be looking to get back to the Garden and beyond in March.

“The run we’ve had has been really, really special, and a testament to players and coaches that have been in this program,” says Ferdinand. “We just really want to win that next game, and whenever it ends, it ends. We just don’t want it to end too soon.”