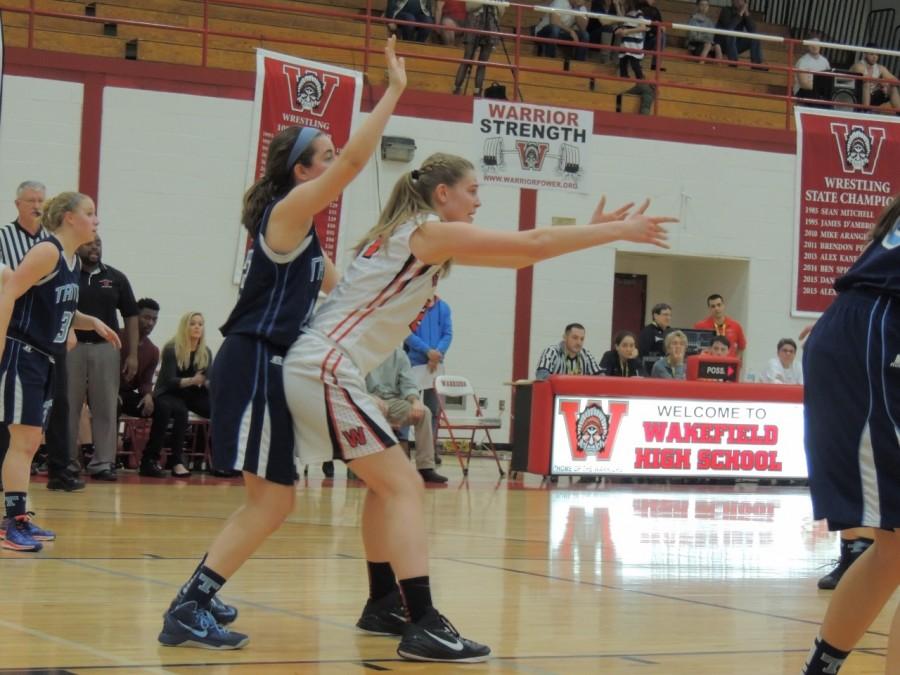 Despite taking  a full half to get the offense clicking, the Watertown High girls’ basketball team continued its postseason run Wednesday night, pulling away late to roll past Triton, 43-29.

The Raiders move on to the Division 2 North finals, where they’ll take on Belmont at Woburn High on Saturday, March 12, at 7 p.m. 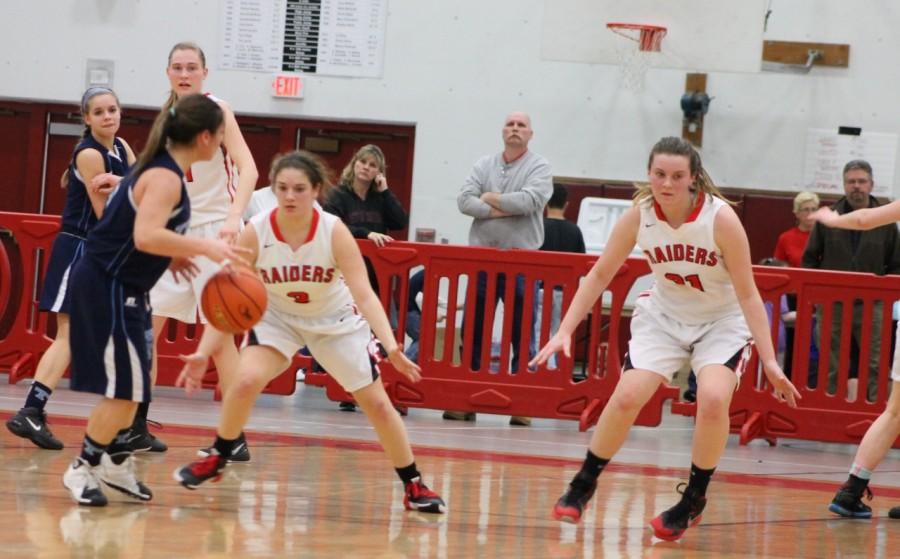 Junior center Shannon Murphy was dominant as usual underneath, posting a double-double with 16 points and 13 rebounds, along with six blocks to anchor the Raiders on the other end.

“I think we played gritty,” said Raiders coach Pat Ferdinand. “I think we played tough. As a coach, it was exactly what I expected. I expected them [Triton] to give us a lot of different looks, I expected them to be tough defensively. Their team was really sound and well coached. I think we did a good job of executing, even though we were sloppy in the beginning. But at the end, we were able to execute more effectively for a longer stretch, and that’s what wins games.” 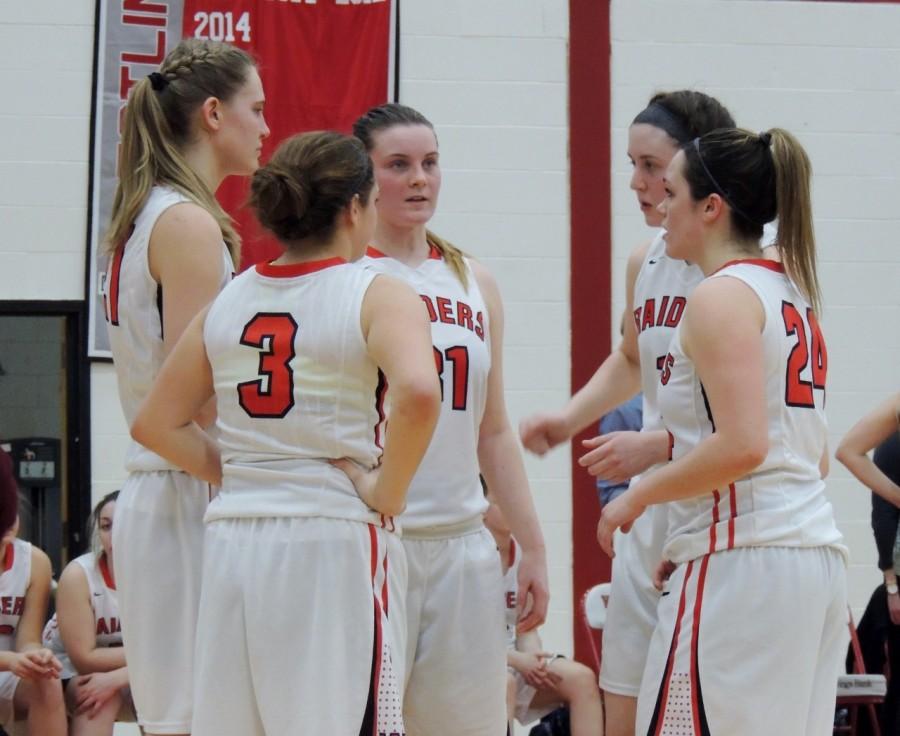 Senior forward Katelyn Rourke, the other half of Watertown’s interior duo, added 10 points and seven rebounds to help lead the Raiders into the Division 2 North final.

The Raiders struggled early on the offensive end Wednesday, only putting up 6 points in the first quarter and 10 in the second.

“I thought we started off pretty slow,” said senior guard Michaela Antonellis, “but at the end we pulled it out when we needed to. Our defense was really good at the end, which made the difference.”

Antonellis had her fingerprints all over Watertown’s defensive performance, racking up six steals on the night.

With his team tied at 6-6 after one quarter, Ferdinand was crouched at half court, telling his team to “settle. Just settle.” 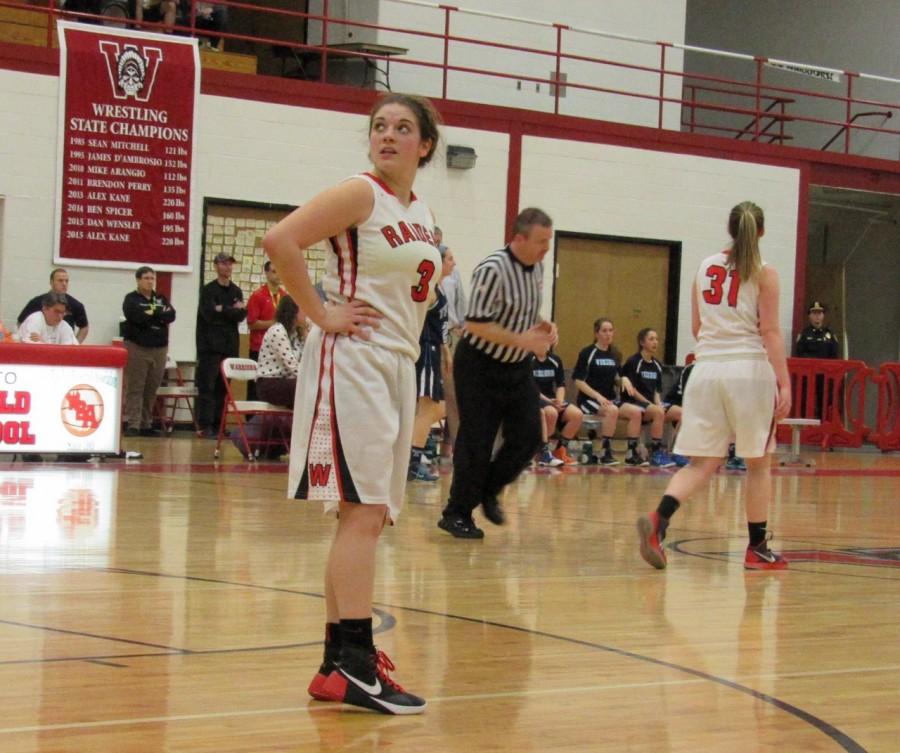 “When you have a team that’s trying to pressure you and get you to make bad decisions, it’s about being in control of the situation,” said Ferdinand, “You’re in control during every pass, every decision you make, and that’s what it comes down to.

“We have a game plan and a system of where we went the ball to go and how we want it to get there, let’s see execute that and see if it works. If it doesn’t we’ll go another direction.”

Watertown struggled to break down Triton’s defense, as the Vikings split time between a 2-1 and a 1-3-1 zone. Even when the Raiders got free opportunities from the charity stripe, they only managed to go 9 for 22 from the line. 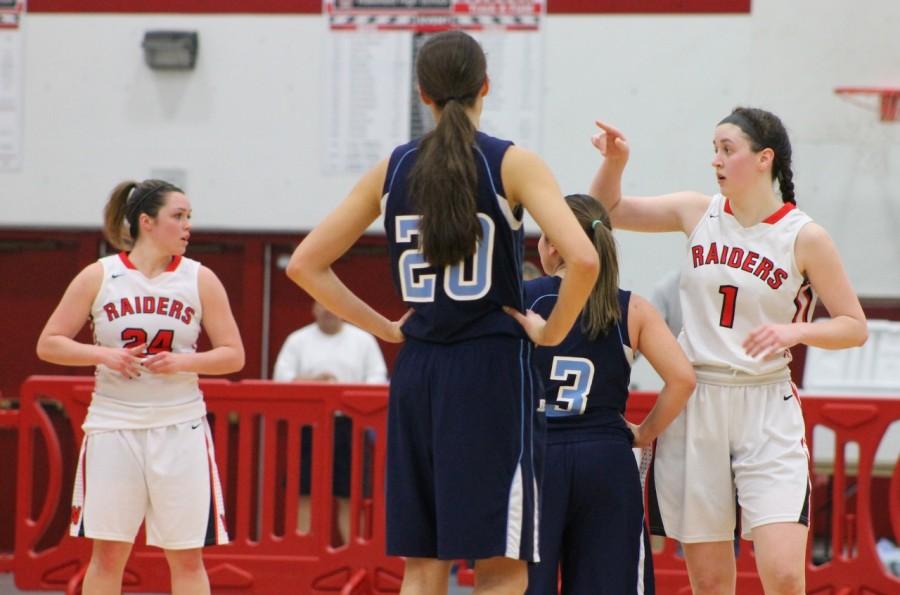 Midway through the second quarter, with the offense still struggling, Antonellis held the ball on her own free throw line, and took a deep breath before bringing the ball up.

“Just taking it all in,” said Antonellis. “Just realizing this is a do-or-die game. We need to play at our pace, play our game, and if we can play our game, we can do whatever we want with any team.”

Up 16-10 at the half, the Raiders came out of the break and finally started to get the offense going. After Antonellis knocked down a 3-pointer and Murphy finished a strong baseline drive midway through the third, Watertown finally managed to get a cushion. But the Vikings weren’t giving in, and the Raiders still only held a 29-24 lead going into the final period. 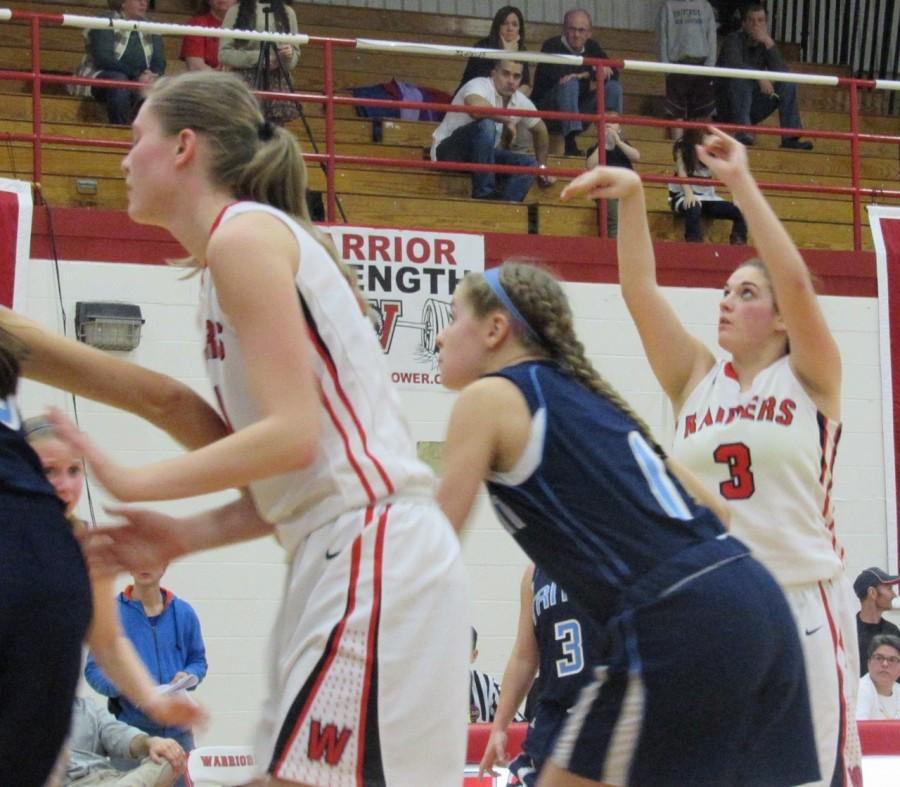 It took 24 minutes of play, but the Raiders finally pulled away, going on a 14-5 run in the fourth quarter to seal the deal.

Senior Felicia Korte hit a 3-pointer with just under 4:00 to go to give Watertown a 34-28 lead. After the Vikings put up 2 on the other end, Korte stepped back and drilled another three to give her team its biggest lead of the night at 37-28.

With a solid lead established, the Raiders remained strong defensively to the final buzzer, and sank their free throws to put the Vikings away.

The win sends the Raiders to the Division 2 North finals, where they’ll meet a familiar opponent in the form of their biggest rivals, Belmont. The 10th-seeded Marauders (14-9) upset No. 7 Marblehead, No. 2 Newburyport, and No. 3 Arlington Catholic to earn their spot. The Marauders will come looking to avenge a 46-34 home loss to the Raiders back in January. 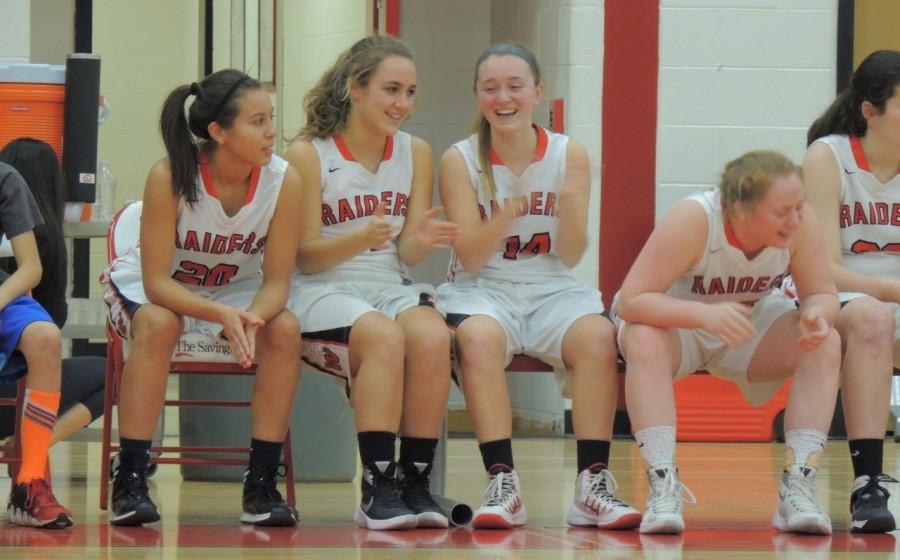 “I think we just have to break down some film, and look at ourselves and improve,’’ said Ferdinand. “We’ll see what Belmont does, and fix our mistakes and our issues, and every day at practice get better.”

Emotions will undoubtedly be running high Saturday for a group of WHS seniors eager to take one final shot at their heated rivals, and raise the D2 North championship trophy for the second consecutive year.