What’s sweeter than a trophy?

Hoisting it in front of your biggest rivals.

With some tough defense and cold-blooded free throw shooting down the stretch, the Watertown High girls’ basketball team ground out a 46-41 win over Belmont on Saturday night to claim its second consecutive Division 2 North championship.

“Oh man, it was gutsy,” said Raiders coach Pat Ferdinand. “Gutsy. That’s all I can say about it.”

“It’s unreal,” said senior guard Michaela Antonellis, “It’s honestly one of the best feelings ever. Beating Belmont, our rivals, is even better.”

Junior center Shannon Murphy put up yet another double-double, scoring 12 points and grabbing 10 rebounds, and senior forward Katelyn Rourke added 12 points and five boards, as the two controlled the interior throughout the night.

The Raiders came back from a 26-21 halftime deficit and had a much stronger second half to edge their rivals for the fifth consecutive time.

This time with a trip to TD Garden on the line, it was one final shot for a group of seven Watertown seniors to stick it to their rivals, and they made the most of it. 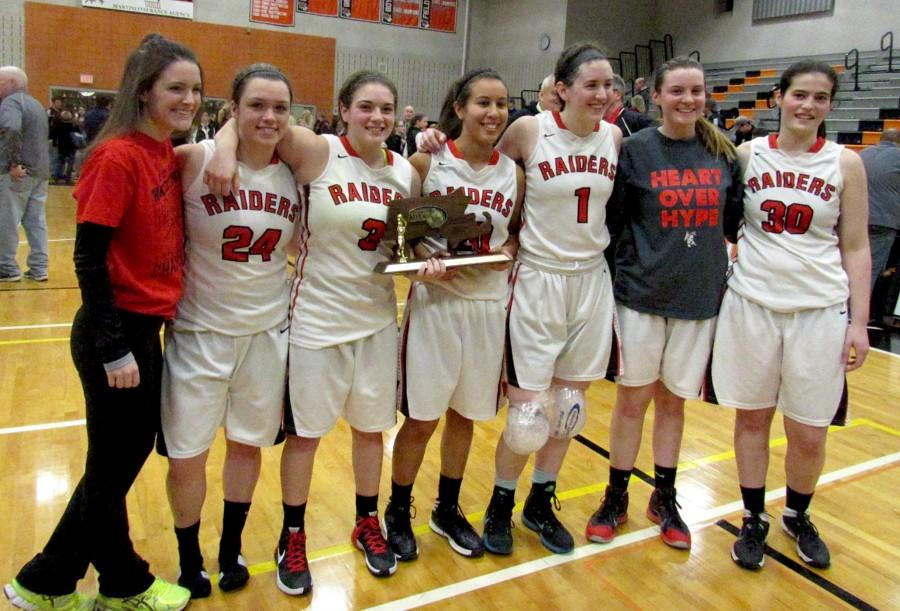 On Saturday night in Woburn High’s neutral gym, the Raiders were slow out of the gate, finding themselves trailing their Middlesex League rivals, 15-11, at the end of the first quarter. The Marauders spent the entire game in a full-court press, something the Raiders knew was coming.

“We were prepared, we just didn’t do a good enough job attacking it quicker down the sideline,” said Ferdinand. “But we were prepared for it.

“Sometimes, we were a little too cautious, but I think we did a pretty good job. Once they pressed us, sometimes we got into a bit of a panic mode and didn’t get the matchups we wanted.”

After a strong first quarter, Korte struggled in the second and third quarters, firing up a couple of airballs to draw taunts from a massive Marauder fan section.

The Raider crowd couldn’t quite match Belmont’s in sheer numbers, but were just as loud, as the two fan sections squared off for the final time this season. 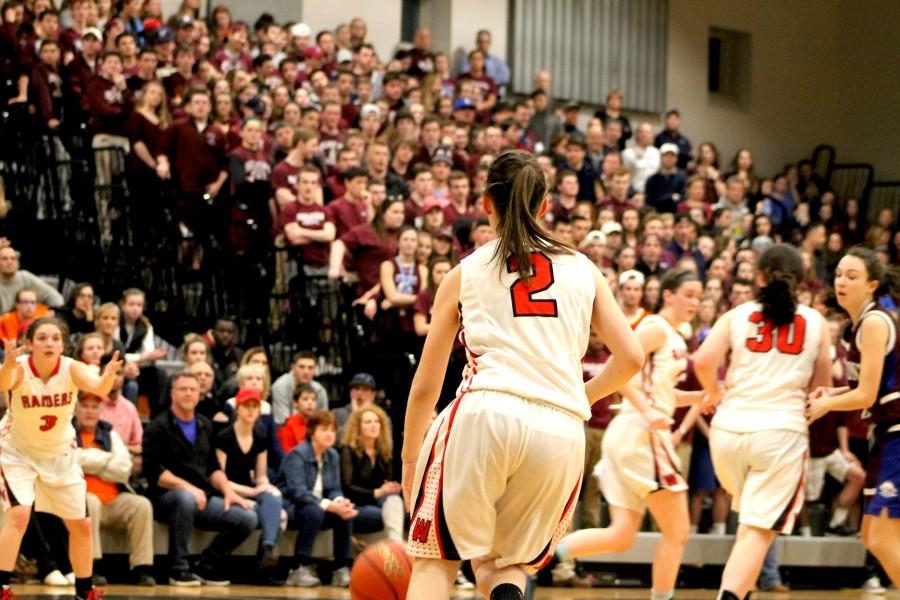 On the other end, Belmont’s biggest threat came in the form of sophomore point guard Carly Christofori, and the Raiders left their usual man-to-man set in favor of a 1-3-1 zone to try to stop her.

“We had to extend out on [Christofori],” Ferdinand explained. “We didn’t want them to start running their offense at the 3-point line, we wanted to extend them out further. Then we had more room, if they ran a pick and roll, to hedge it a little bit, to extend them even further out, or to go underneath it. So the goal was just to extend them out.”

With Christofori spending most of the night at the top of the key, the job of stopping her fell mostly to Antonellis. It was a tough assignment, but Antonellis was up to the task.

“[Christofori’s] an awesome player, even as a sophomore,” said Antonellis. “We just had to keep up tight on her, and it was kinda risky putting me on her, but I think I did a pretty good job.”

Christofori was held to just 3 points in the first half, and just 9 on the night. Antonellis was there for every crossover, every stepback, every move she tried. Any time the Marauders tried to set a screen to free Christofori, she’d run right into an equally tenacious Nicole Lanzo on one side, or the long frame of Murphy on the other. 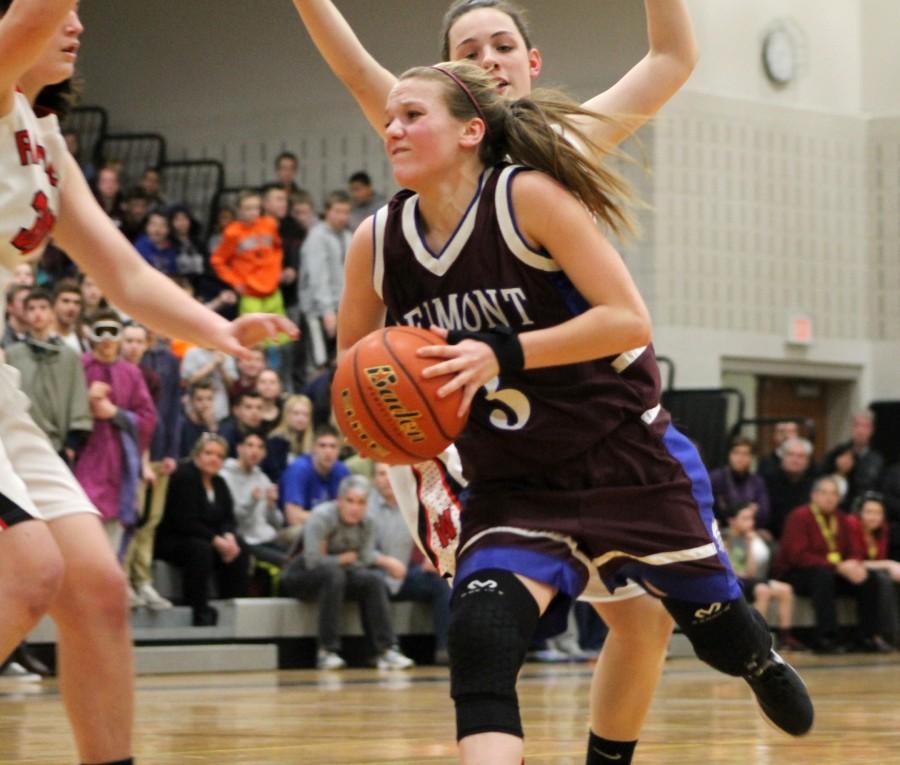 Despite their best player having been held to only 3 points, Belmont still went into the half up, 26-21, at the half.

Watertown came out of the locker room ready to play, as the offense got going while the defense locked down.

“We really just tried to press the ball as much as we could, so they couldn’t get it inside, get their shots off,” said Antonellis. “I thought we did a really good job. We never stopped playing.”

The Raiders held the 10th-seeded Marauders (14-10) without a basket for the first 6:32 of the second half; Belmont only managed 5 points in the third quarter.

Just like that, the deficit was erased. The teams were all square at 31 with one quarter left to play. 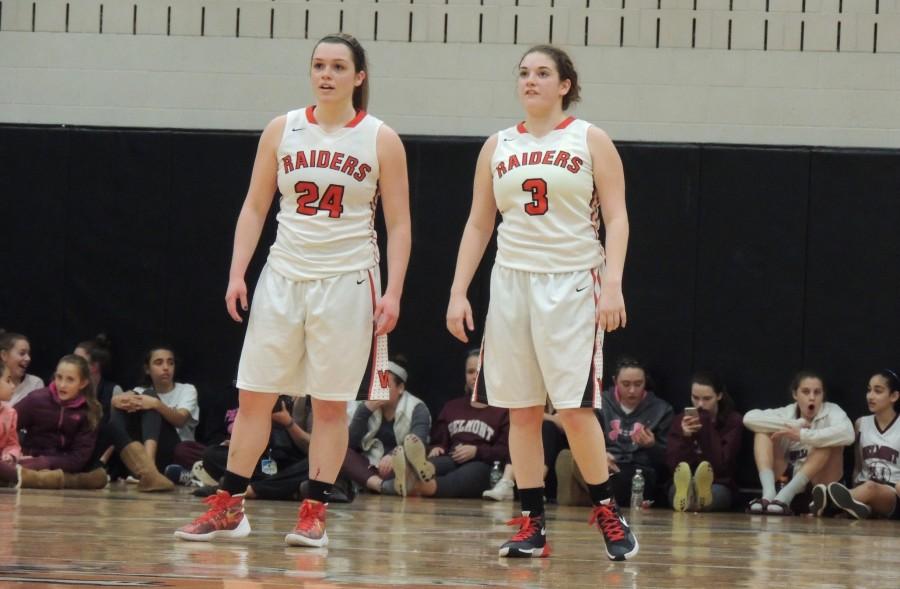 The Raiders had struggled early from the line, but knocked them down when they counted, as 8 of their 15 fourth-quarter points came by way of the charity stripe.

Rourke had struggled from the line in the first half, but the two-time Middlesex League MVP regained her confidence in the fourth and sank four straight on back-to-back trips to the line.

“My teammates, they really picked me up,” said Rourke. “They really helped me get my composure back.”

After trading baskets all night, Watertown finally managed to get breathing room in the closing stages. The free throw shooting came through when it mattered most.

Korte, who had been taunted with chants of “AIR-ball! AIR-ball!” almost every time she touched the ball since the second quarter, stepped to the line with 48 seconds remaining, with the familiar chorus in the background.

Korte had a chance to put the Raiders up by 6. Despite the Marauder fans trying to get in her head, there were only two sounds that would eventually make the difference for her. 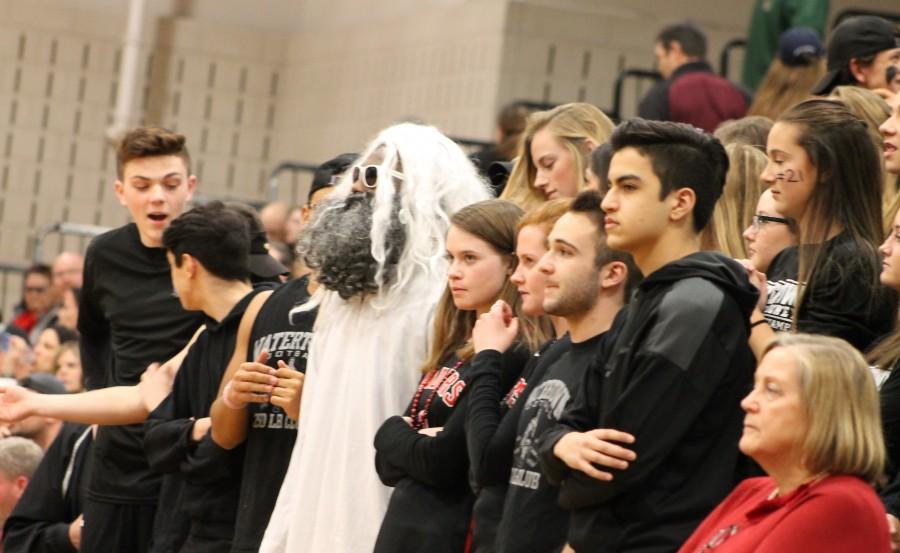 Christofori unsuccessfully forced a 3-point attempt on the other end and Raider senior Lily Pennington grabbed the rebound and was immediately fouled with 31 seconds to play.

Pennington, who replaced Murphy after she fouled out a minute earlier, calmly sank both free throws to give her team a 46-38 lead.

The Marauders managed to hit a 3-pointer with 21 seconds to go to make it 46-41, but Antonellis was able to dribble out the clock and let the celebration begin.

“I’m extremely proud,” said Ferdinand. “I didn’t know if we had it in us, for this. I wondered if our toughness would come out and show, and when we needed toughness, it came out.

“I’m so proud, especially, of these seniors, to leave the program with this under their belts, to say we went to the North finals four years in a row now, and came out with two titles, is amazing for us.” 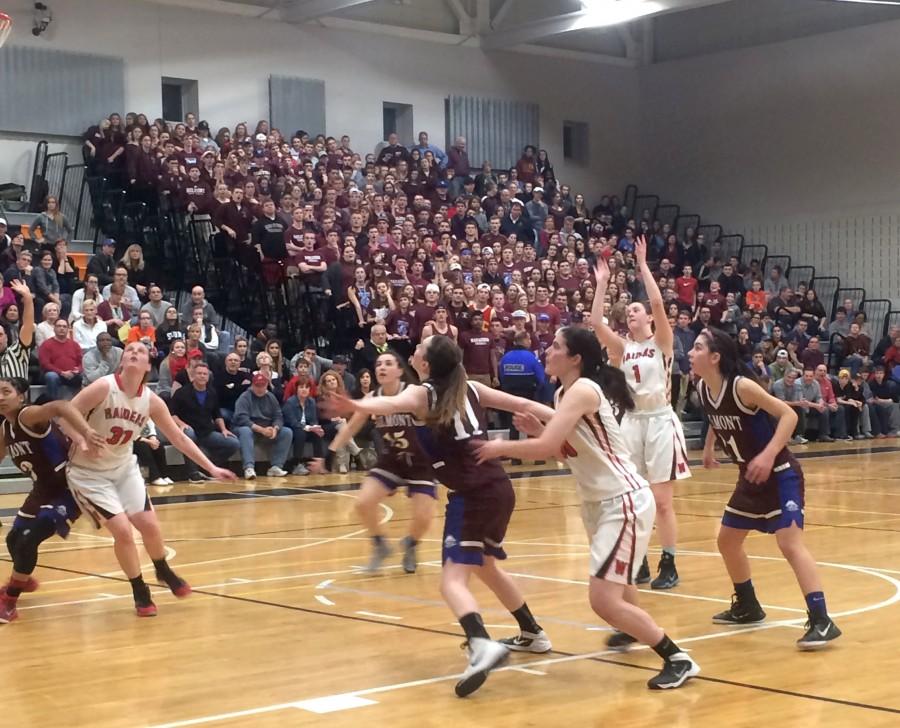 The win also earned Watertown a spot in the state semifinal at TD Garden on Tuesday, with a trip to Springfield on the line for a shot at a Division 2 state championship.

The Garden saw the end of Watertown’s run last season, as the Raiders fell to Duxbury, 49-30.

This time, with the pain of that loss still lingering in their minds, they’ll be ready.

“It’s going to be awesome,” said Antonellis. “I can’t wait.” 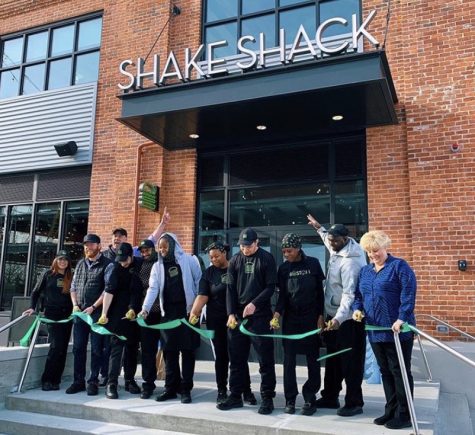 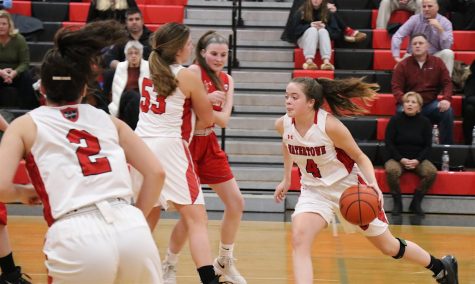 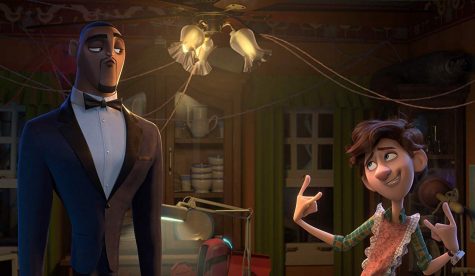 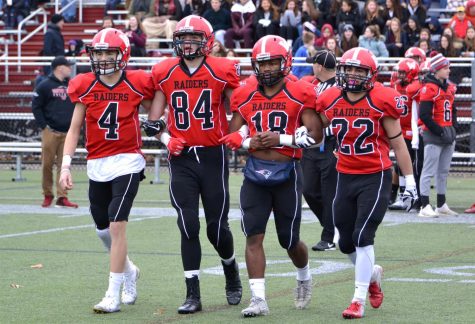 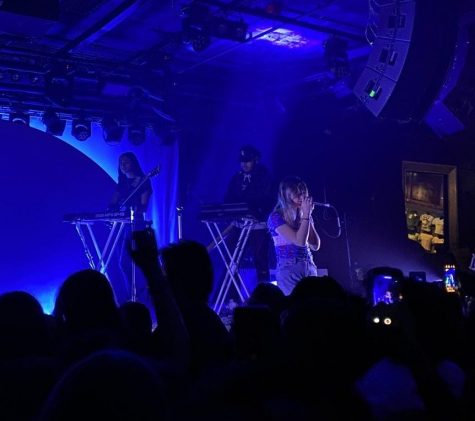 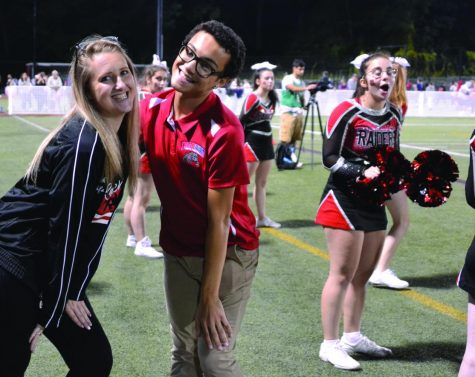 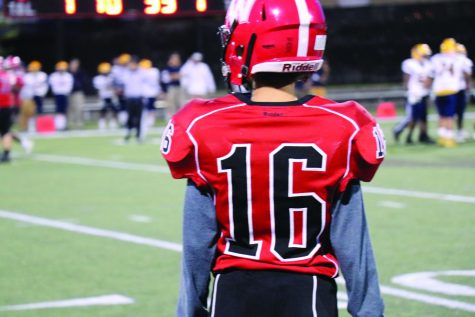 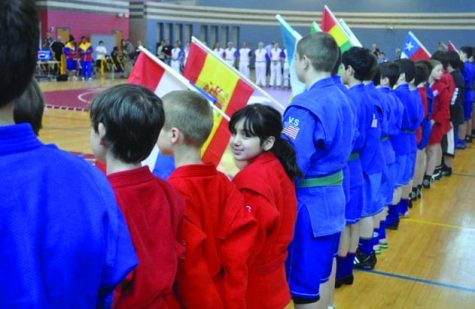 Now it’s time to teach others 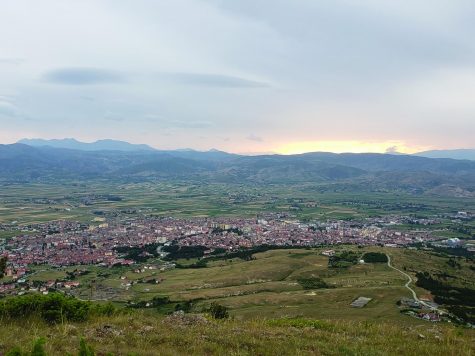 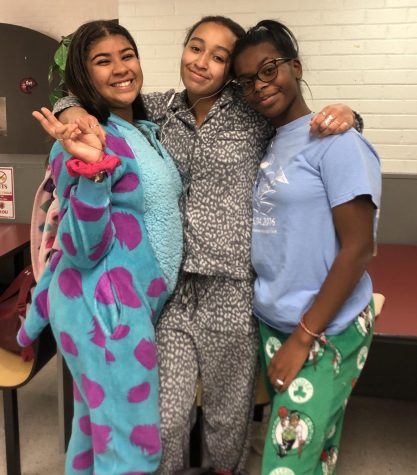 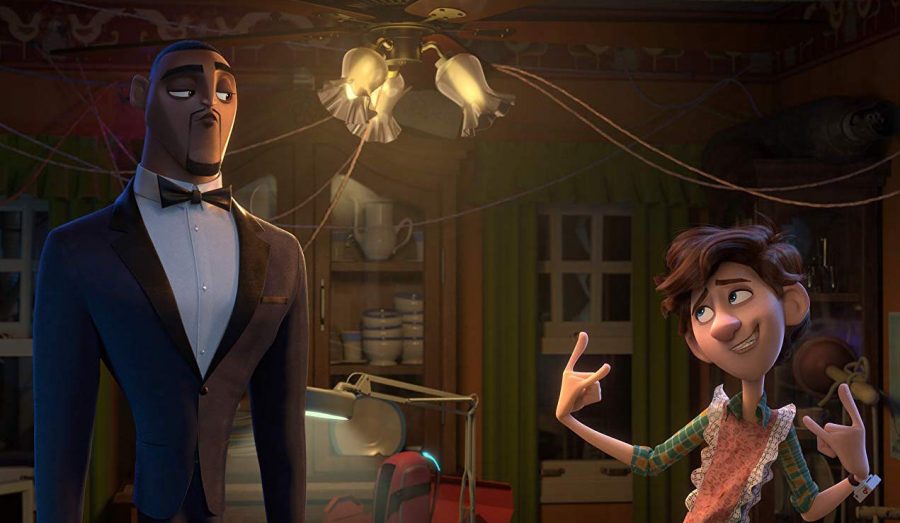 I’ve been looking forward to seeing “Spies in Disguise” for months because...