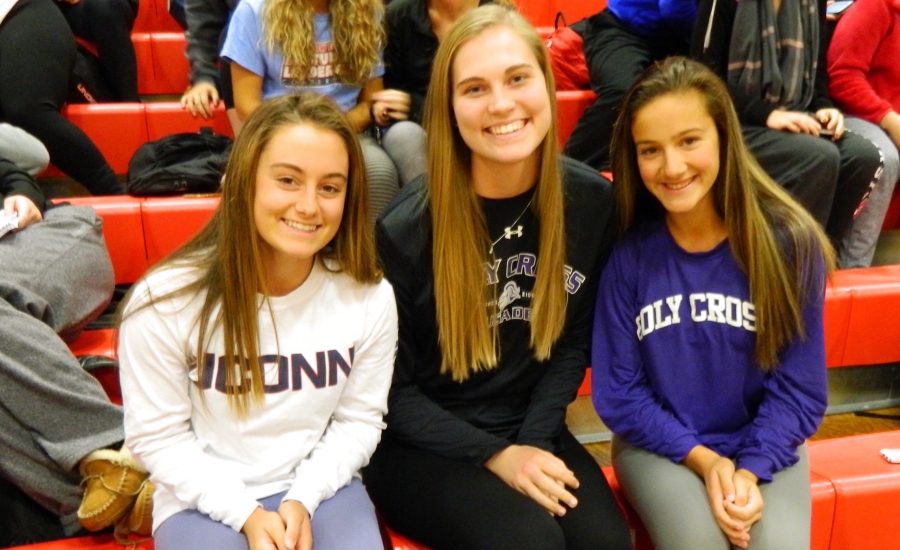 All three have been part of history-making teams while playing for the Raiders — Kennedy and Venezia working toward their fourth straight state title in field hockey, while Murphy helped the WHS basketball make the state title game last spring.

All three made their college choices a while ago. Kennedy picked UConn as a sophomore, while Venezia and Murphy decided last fall.

The choices were more than about sports.

“I would have gone there [Holy Cross] even if I wasn’t playing field hockey,” said Venezia.

For Kennedy, she said clicked with the coaches and her future teammates. For Murphy, she knew the first time she stepped on campus.