All are invited to audition for WHS spring musical

Singing and dancing tryouts to be held Dec. 10-11 after school for March production of “Urinetown” 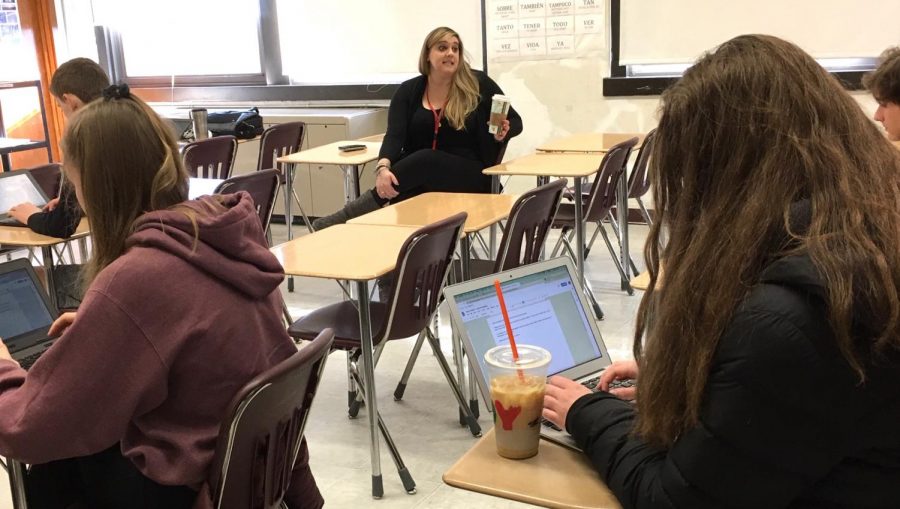 Kacie Kirkpatrick, director of the upcoming Watertown High School musical, talks with reporters from the Raider Times about the auditions for “Urinetown” to be held Dec. 10, 2018.

This autumn, the Watertown High theater program brought the community on a wonderfully exciting trip to Wonderland through their interactive and fun rendition of “Alice in Wonderland”. Yet this wasn’t enough for director Kacie Kirkpatrick, who is already hard at work on producing the spring musical, which will debut only three months away.

This year’s musical will be “Urinetown.” The title may initially turn you away, but the musical is a lot more satirical and intriguing than it may seem at surface level.

Fitting its name, “Urinetown” is about a town that has recently been taken over by the government because of a drought. Citizens have to pay to use any form of water-including toilet water. Main roles include Little Sally, Mr. Cladwell, Bobby Strong, and Hot Blades Harry, along with other minor parts.

[Dan Wulf and I] both love the musical … even though the subject matter is a political statement masked behind a lot of fun, silly songs.”

However, the show’s dark premise is masked behind loud and exciting songs and funny antics performed by the people of “Urinetown.”

This satire is “ridiculous and funny,” said Ms. Kirkpatrick, a WHS Connections teacher who is collaborating with math and chorus teacher Dan Wulf to stage the production.

“[Mr. Wulf and I] both love the musical … even though the subject matter is a political statement masked behind a lot of fun, silly songs,” said Ms. Kirkpatrick, who is part of the small group of WHS staff, who decided on the show.

Are you a WHS student who thinks that this musical sounds interesting? Auditions will take place Monday, Dec. 10 and Tuesday, Dec. 11. Monday will have acting and singing auditions, and Tuesday will be for dancing.

For the acting, you will be provided lines on the day of the audition, which you must recite. For the singing, you should be prepared with 32 bars of music to sing, which you can perform a cappella or with music played via piano by Mr. Wulf. The music doesn’t have to be complex — it can be as simple as “Happy Birthday”.

On Tuesday will be a dance call. A new choreographer with a lot of dancing experience — and a good friend to Ms. Kirkpatrick — will be coming and working with the dancers for the production. 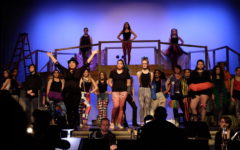 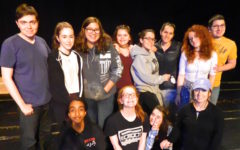 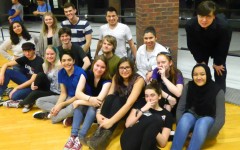 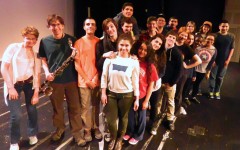 Cast excited by chance to play "The Pajama Game"

A signup list for auditions is in the hall by the Lecture Hall. If you can’t make the auditions or want to get involved as a musician or tech crew, get in contact with Ms. Kirkpatrick. Rehearsals are due to start right after Christmas break.

Ms. Kirkpatrick is very excited about this year’s musical and describes the environment as “very student driven” where “students can learn the world of the theater.”

“I have tried to keep everything positive and fun because we’re here to have fun and find that confidence,” she said. “I’m just here to foster that and show that anyone can do that if they want to.”

What are you committing to when you audition for this musical? You rehearse for a good three months, with cast and crew determined before Christmas break, jumping right into things when school gets back. Ms. Kirkpatrick describes the beginning parts as “a bit slower,” but the last month or so you will be there most days after school. They tend to not rehearse Wednesdays, due to teacher meetings, and try not to do too many Fridays until they really get the ball rolling.

“Urinetown” will be the first musical at WHS that Ms. Kirkpatrick will act as director for.

Scared of getting cut? No worries. Cuts depend on things like experience and talent, but Ms. Kirkpatrick says, “We want as many people involved as possible, we want them involved in one way or another,” and explains that it’s the “more the merrier type in the world of theater.”

Aside from Ms. Kirkpatrick, Mr. Wulf, and a few other adults, the entire show will be produced and run by students. There will be 20-30 cast members. Besides performers, they need light and sound people, a tech crew, and people to build the set and advertise the show. The whole backstage process is run by students, to engage them, and allow an environment where the whole process can be understood.

Be sure to see the performances on March 14, 15, and 16, and listen for “Run, Freedom, Run,” Ms. Kirkpatrick’s favorite song. Any WHS students interested in performing, try it! Ms. Kirkpatrick makes it a fun experience to be apart of.

Cast excited by chance to play “The Pajama Game”

Winter Mahon is a member of the Raider Times staff.

Ella Pastore is a member of the Raider Times staff.

Liam Connolly is a member of the Raider Times staff.