The Watch City Steampunk Festival: Where imagination takes flight (in a zeppelin)

How best to prepare for Saturday's annual extravaganza in Waltham than to go back in time? 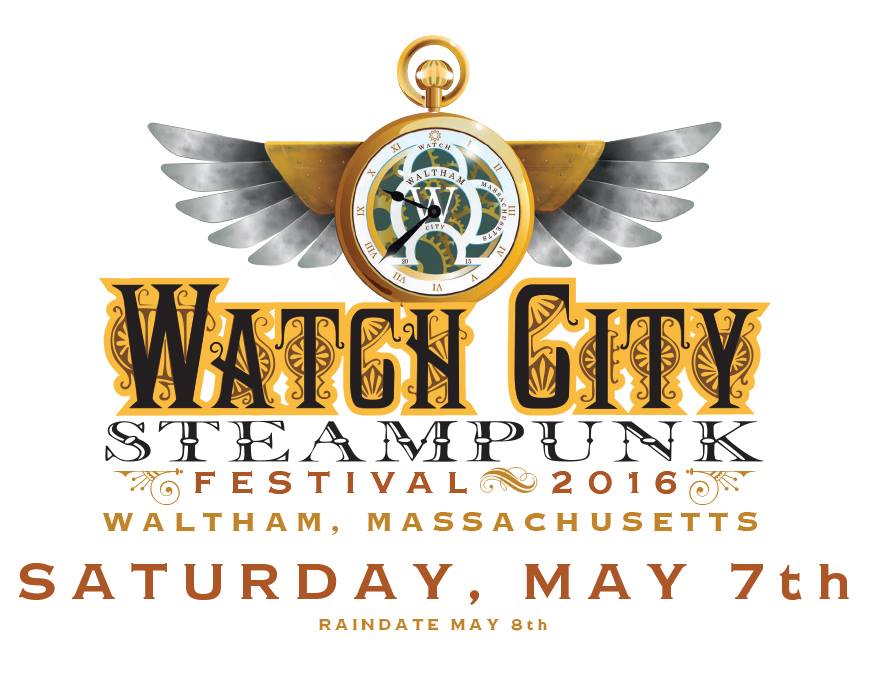 At first I thought that I was lost. Waltham is an unfamiliar town to me, and I wasn’t sure I was supposed to stray as far from the bike path as I did. But once I turned a corner and saw a gentleman wearing 4-foot-tall clockwork mechanical stilts walking down the street, minding his own business, I knew that I had come to the right place.

My destination: the 2015 Watch City Steampunk Festival, a daylong celebration in Waltham Center for all things relating to this quirky, geeky subculture.

I could hardly wait to see more.

“Steampunk” — sometimes called Victorian Techno-Fetishism — was coined in 1987 by the author K.W. Jeter to describe a trend he had noticed in science fiction. Instead of looking toward the future, like most science fiction, steampunk books, movies, comics, and other media described the past — a Victorian past where technology had evolved far beyond what it actually did.

Steampunk finds steam-powered space stations, train engines the size of cities, airships flying all over the world, smokestacks powering laboratories where mad scientists go about their peculiar ways, and so much more. Mixed into this world are all the swashbuckling adventure, cordial manners, and optimistic progress that could be found in the attitudes of the day.

At a costume booth, girls with tastes less than conventional shopped for their Victorian-inspired prom dresses.”

Powered by a cult following, steampunk took off. It is the realm of DIY tinkers who hack gears and steam engines onto anything possible; cosplayers who dress up as aviatrixes and clockwork androids; artists, writers, designers and musicians with a taste for the very retro; and a whole host of interested people beside. Steampunk has even found its way into the mainstream in recent years, with books such as “The Infernal Devices”, “Airborn”, and “The Golden Compass”, and movies such as “Hugo”, “The Prestige”, and “Sherlock Holmes”.

The Waltham festival was situated on and the town green, on the corner of Moody Street and Main Street with performance alcoves and up past the green onto Lexington Street with the Waltham Museum and the farmers’ market. By the railroad tracks running past the green there was a flying trapeze where two acrobats were performing their aerial maneuvers; between the food trucks and drink vendors, an authentic steam-powered organ from the 1890s tooting out popular tunes, and a steam engine with its components exposed that I couldn’t figure out for the life of me.

The green itself was carpeted with white tents, where merchants sold their steampunk-themed wares. One tent was home to an artist who made rings and necklaces out of repurposed guitar strings. Another contained the works of an author/jeweler, tiny metal-crafted books of steampunk faerie tales that fit into the palm of one’s hand. I stopped for longer than I probably should have at another booth to smell soaps with names like “Linen Pantaloons” and “Irishman”. At a costume booth, girls with tastes less than conventional shopped for their Victorian-inspired prom dresses.

Many people came to the festival in costume, as they would to an anime or gaming convention. I noticed all sorts of characters in addition to the chap with the stilts. Around the railroad tracks, there was a tank of a man wearing gothic-hinged armour, jackboots, and a World War I-era combat helmet. I spotted a young woman toward the top of the hill sporting a corset and a pair of canvas wings, one of several winged people I would see that day.

I walked past a man with flying goggles and a blunderbuss just as he was explaining to a family that he “preys upon airship pirates.” Another man drove his steampunk motorcycle right across the green, and it looked to me that his vehicle was probably capable of flight.

Pith helmets, goggles, top hats, corsets, canes, and facial hair abounded. With all the tents and the myriad of unusual characters walking around, the Watch City Steampunk Festival gave me the impression of a wonderful, exotic bazaar.

Toward the top of the green was a bandstand where steampunk musicians and ensembles performed every half-hour. I heard two of them — Eli August & the Abandoned Buildings, and Astro Al. The two bands were quite different: the former was an indie folk outfit that used a variety of instruments, while the latter played passionate metal, but in both a certain machine-like rhythm could be heard, evoking the chugging of gears.

It was a beautiful day to just sit outside, listen to live music, people watch, and take a break from the fun and crazy atmosphere all around. In retrospect though, the best thing about the festival was its atmosphere. Nowhere else can all the quirks and kinks of this unique nerd scene come together in the same place in real life.

There’s so much about steampunk to explore, and it’s always expanding. No doubt next year’s Watch City Steampunk Festival will be very different from this one. Until then, I will be determining whether I look better in a gas mask or a lab coat.

One Response to “The Watch City Steampunk Festival: Where imagination takes flight (in a zeppelin)”