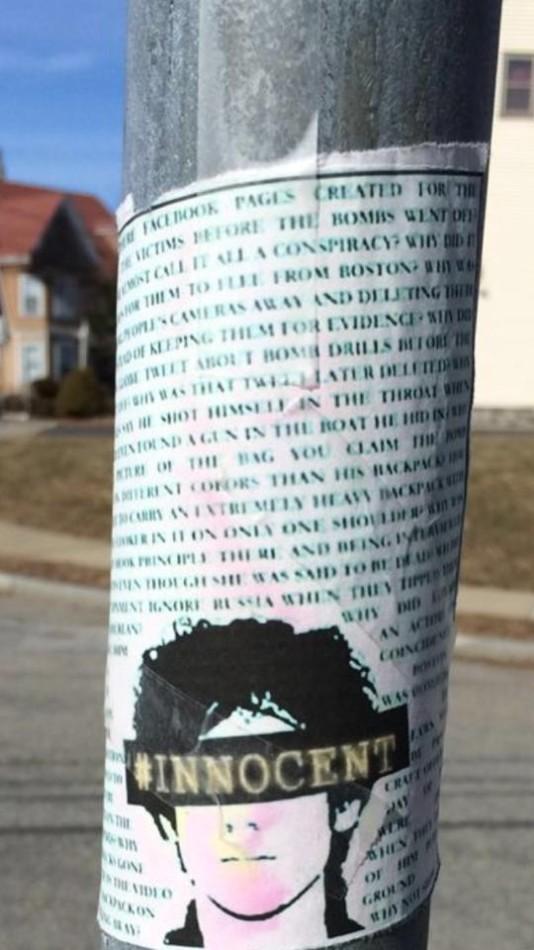 Niko Ohannesian, a junior at Watertown High School, lives with his family on Oak Street, which intersects Laurel Street and also where last year’s Marathon bombing suspects and the Watertown police met.

Niko’s father saw the poster (shown at right) at the intersection between Laurel and Oak about two weeks ago.

“When my dad came inside, he told me I had to come and see this,” Niko said.

“I looked at the picture and it made me so mad.”

The picture hadn’t been posted anywhere else around town, as far as he knew. Niko said it was only there because it was where some of the events from last year shootout occurred.

Niko said he wanted to spray paint over it, but ended up doing nothing.

Many of his neighbors had also seen the picture, but no one did anything about it.

“This is mainly because it doesn’t pose as a threat to us,’’ Niko said. “We are stronger than that picture. There’s no need for us to get worked up over it.

“I think this is just one person being wise, or whatever.”