At Watertown High, it’s Sanders in a landslide 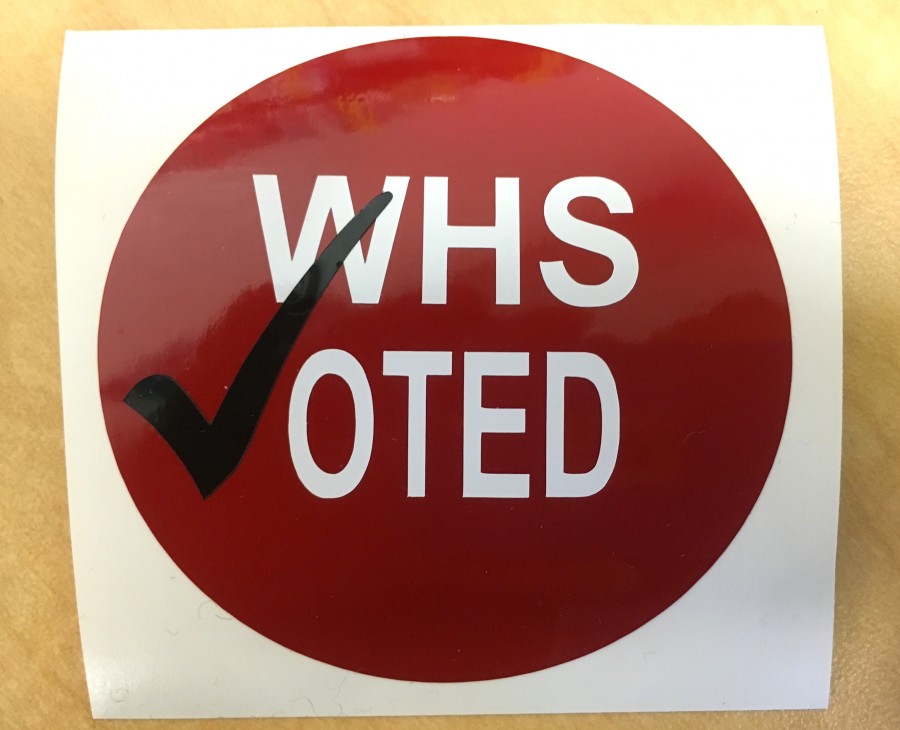 More than 270 students, faculty, and staff at Watertown High School voted in the Super Monday presidential election event on Feb. 29, 2016 — with the Fab Lab creating special stickers to mark the occasion.

This Leap Day was Super Monday! In observance of the upcoming primary in Massachusetts and 11 other states on March 1, Watertown High participated in a school-wide mock presidential election.

The vote was open to all students, faculty, and staff, and approximately 40 percent of those eligible voted in the polls set up during lunch.

The idea to host Super Monday came from John Rimas and his civics classes.

“The students pushed for it and actually a lot of faculty were interested as well,” said Mr. Rimas.

The system used was based off a model provided by the Youth Leadership Initiative, a program of the University of Virginia Center for Politics. While there was the option to use a digital ballot, the civics classes instead opted to hold a paper ballot and administered the election in the bump area of the WHS cafeteria. In order to get a ballot, voters were asked to sign their names in a notebook, a method instilled to prevent people from voting multiple times.

On the paper ballot, there was the option to vote for any of nine candidates, abstain from voting, or write-in a candidate.

After selecting one person for president, there was also a second section where students could choose the party they plan to vote for in the general election (four choices), abstain, or write in.

Once someone voted, they were given stickers, many of which were specially created by students in the Fab Lab.

The results of the votes for president were announced on the loudspeaker during the fifth period. Bernie Sanders won with 148 votes, pulling in more than half of the 272 votes cast. Donald Trump came in second (58 votes) and Hillary Clinton was third (39). They were followed by Marco Rubio, Vermin Supreme, Ted Cruz, and Ben Carson among several others who gathered fewer than 10 votes each.

When asked about the different demographics, Mr. Rimas stated that of the 39 staff and faculty who voted, “There were few votes for Trump, but the majority was split between Hillary Clinton and Bernie Sanders.”

As for the students, Mr. Rimas said it was landslide for Sanders. When he had tested out the voting with his US I class of freshman and senior civics class earlier in the day, the results were reflective of the school’s final tally.

Senior Joseph Der Torossian, who voted for Sanders, thought that the victory in the school was no surprise.

“Right now he pertains to my interests, especially on educational issues,” he said.

That sentiment seemed to be the general consensus among students given that Sanders has promised for tuition-free public college in the United States.

Overall, high school students and staff alike were happy to have voted on Super Monday. Senior Rachel Quinlivan, though she enjoyed the experience, felt that “only a minority of the school was represented” and wished that more people had voted.

On the bright side, those who have registered and are over 18 will have another opportunity to vote in the real primary election on Tuesday, March 1.

So if are you eligible, make sure you fulfill your civic duty and find time to vote from 7 a.m. to 8 p.m. at your polling station this Super Tuesday!