WHS students can take a bite out of this AAPPL 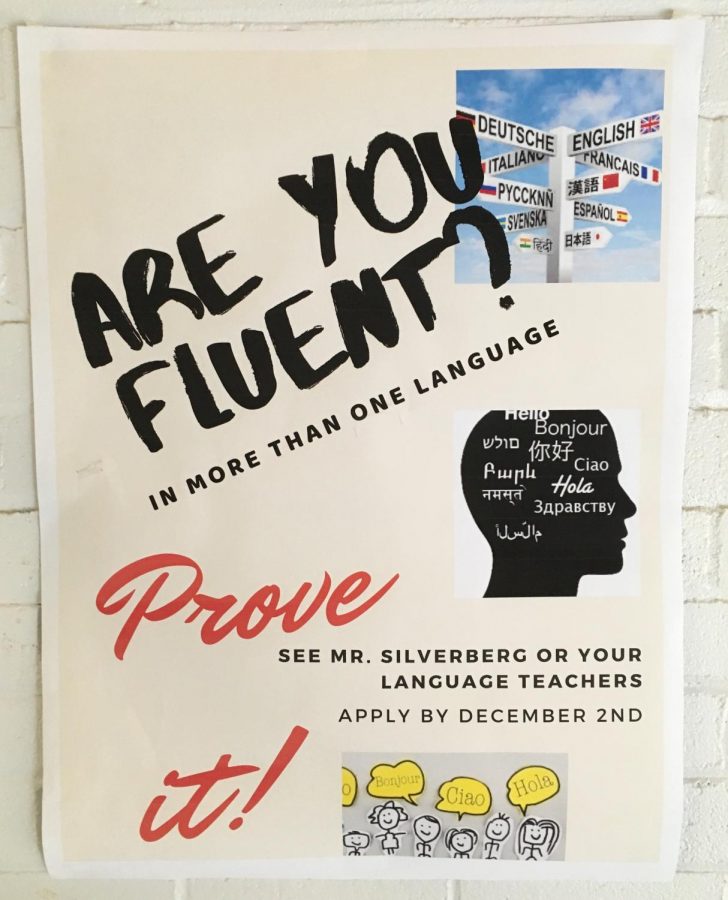 These words have been hung up on posters in the halls of Watertown High School for the first two weeks of school advertising the Seal of Biliteracy, which can be earned by students for the first time this school year to show their proficiency in more than one language.

The Seal of Biliteracy will go to juniors and seniors who achieve a high level of language abilities, as assessed by the AAPPL exam. Students who pass will be honored for being bilingual with a seal on their transcripts and diplomas, and they will be honored at graduation. Applications are due Dec. 2, and the test will be given in March.

Approximately 50 languages are spoken at home by Watertown students, with the top two being Portuguese and Spanish, followed by Armenian and Pushto/Eastern Pashto.

When asked about a goal for the amount of students to take and pass the test, Adam Silverberg said, “Ten kids seems like an achievable goal for this year. I’m not sure how difficult or easy the test will be.”

Mr.Silverberg said he would’ve enjoyed having taken the test when he went to school.

“It would’ve been great!” he said.

The languages that can be tested by the AAPPL test are Arabic, Mandarin Chinese, French, German, Portuguese, Russian, Spanish, Hindi, Italian, Japanese, Korean, and Thai. For other languages, students must see Mr. Silverberg.

In order to pass the AAPPL exam, students must be able to read, write, speak, and listen in the world language being tested. Mr. Silverberg also said that students must get at least a 240 on their English MCAS and Intermediate High in a second language.

For more information or to pick up an application, reach out to Mr. Silverberg or visit his office in room 331 at WHS. To see an AAPPL demo, go to  https://www.languagetesting.com/aappl2-demo.