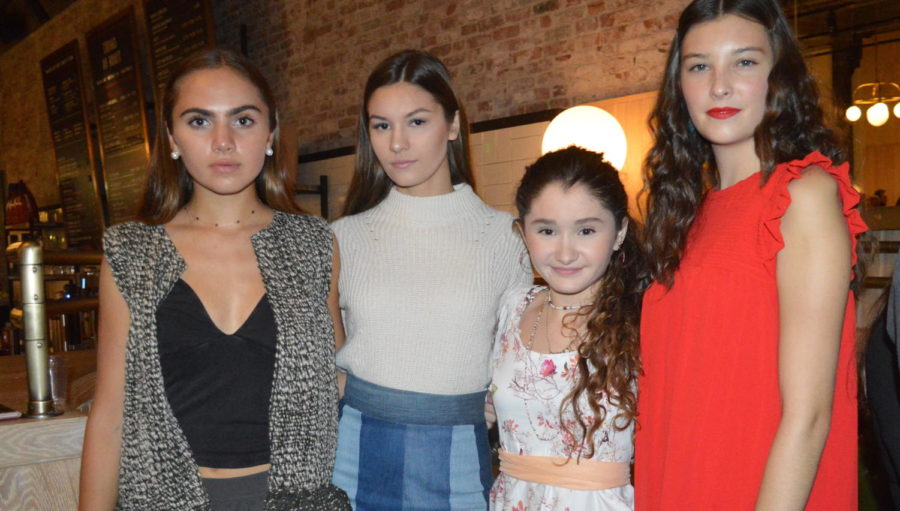 Boston’s underground fashion life is starting to come to life thanks to Jay Calderin, the director of Boston Fashion Week. At a news conference at the Boston Public Library on Sept. 28, 2017, he spoke to students from across New England about his goals and achievements in creating a week dedicated to local fashion.

“The idea was to show the public the fashion diversity here in Boston,” he said, describing the fashion world as a community rather than an industry.

Jay began the 17 program last year with the idea that new designers from across the region can submit applications to be highlighted during Boston Fashion Week. Jay said they try to pull new and diverse designers because the “Boston audience really responds well to diversity.”

This year, Jay was unable to limit the designers he wanted to feature, so this year it was 17+ and they were showcased in the BFW opening night event Oct. 1 at Explorateur in Boston.

Charles Neumann, one of the 17+ designers, says, “In the costume world, I am a fashion designer, and in the fashion world, I’m a costume designer.” The BFW program allowed him to express his own diversity within both worlds.

The main goal of Jay’s creativity was to throw away the separation between the designers and their audience. Terry Mahn, a stylist who was at the news conference, added to this idea saying, “There’s lots of changes in fashion and one of them is the connection to the clients.”

In order to bridge this gap, the opening night 17+ event featured these designers in a free-form setting. The designers and their models were able to interact with anyone they pleased and the customers were able to see the pieces up close.

One great aspect of these kind of events is the public is given the opportunity to learn the many thoughts and inspirations that go into making a specific piece. At opening night, four of these back stories stood out.

Afshan Iragorri, one of the designers in the 17+ opening night program, works to empower women in the Middle East and hopes that her dresses will inspire others to do so as well.

The dress she presented was a black dress with a cage design on the bottom. On top of that cage was a bird painted onto the fabric. Afshan explained that she purposely placed the bird on the outside of the cage to represent the kind of freedom she wants for the women in the Middle East.

Cecile Thieulin began as an architect and decided to bring her training into the fashion world when she began designing clothes for herself, stating that she “started with stripes that accentuate body curves.”

She came to opening night with a black-and-white striped dress, the fabric being made out of wood. Cecile opened up about her inspirations, saying that boats in World War I had given her the ideas. These boats were painted with black and white stripes meant to camouflage them. One aspect of a boat from years ago lead Cecile to make a beautiful gown.

Originally from Colombia, Danyela Galeano pulled inspiration and materials from her own country. The fish market in Colombia is huge, however they never use the skin of the fish. Danyela realized this and used the skin to make a purse, jewelry, and sandals to match the dress that she had also made. She recycled the fish skin and made it into leather, while preserving some aspects of her beloved country.

Anthony Gregorio says his business, Angelo Igitego, has “one foot in Boston, one foot in East Africa.”

His main goal was to create jobs for people in Africa. By working with them, he created his unique style. Citizens of East Africa create fabric that is native to their country. With this fabric covered in exuberant patterns, it is then transformed into ties and bow ties. Through his work in Africa and his success in Boston, Anthony is well on his way to meeting his goal.

Boston Fashion Week is the only place a person can see this kind of diversity.  Designers here embrace differences and welcome them with open arms. As Charles Neumann said, “It really comes down to supporting other artists.” This includes artists of all race, religion, and gender, defining exactly what Bostonians believe in.