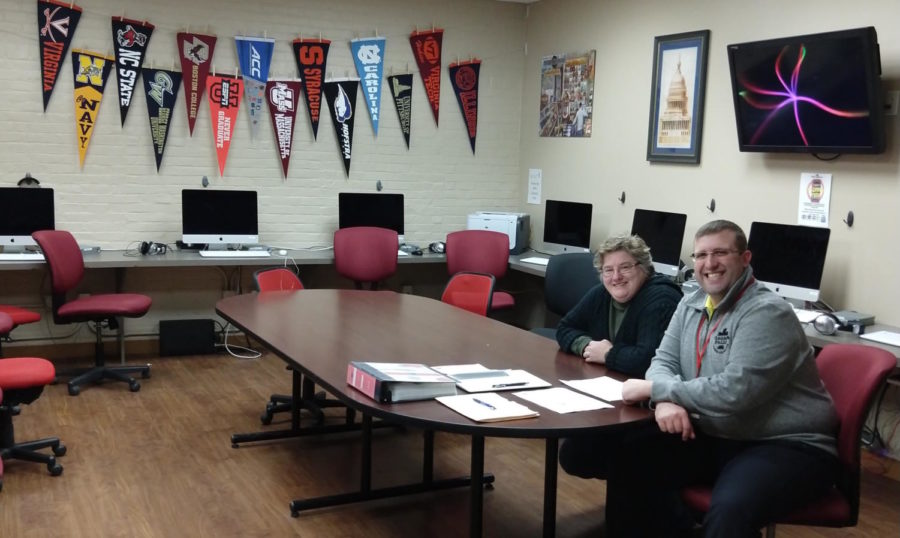 Here at Watertown High School, there an array of classes that are taught in the WCA-TV studio, located next to the lunch room. With course selection right around the corner, you should consider taking these classes for a new experience and a cool chance to be on a team.

There are four classes that are available: TV News, Radio Broadcasting, Multicam, and Documentary. In each of these classes, a show is produced and is either aired on the Watertown public access channel and archived on the WCA-TV website, or aired on WCAC radio and posted to the web as a podcast series.

Since these classes are relatively new, many students don’t even know that the class exists.

These classes can be taken by anyone. According to teacher Todd Robbins, the class will benefit those who want to go into the communications field, whether it be radio or TV. Mr. Robbins says that the starting class is Documentary, followed by TV News, Multicam, and Radio Broadcasting.

It can be beneficial to anyone because you learn more than just how to create a show in his classes. There are many things that people can learn from the class, such as public speaking and teamwork. It takes a lot of courage to go to the studio and sit in a chair and face the cameras knowing that it is a live take and any mistake made will not be edited out. It is the same as standing in front of a crowd knowing that they will hear everything that you say.

“That’s the hardest part of any of these classes, overcoming the fear of public speaking,” he says.

As an explanation, he says, “In a world where everyone uses their phones to communicate, many people don’t feel comfortable sitting face to face with someone that they don’t know and have a conversation.”

As for teamwork, Mr. Robbins acknowledges that “every student has been in a group project where someone is the leader and everyone else just coasts along. This is not one of those classes.”

In these classes, students can develop specialties and focus primarily on those tasks. For example, in a TV News class at the start of the term everyone learns the basics as a group. Then they break up into other groups and while working on a story, someone could be a better editor and someone else could be recording the voiceover and someone else could be writing the on-air portion of the script. Overall, people will be working together as a group to accomplish tasks before the deadline.

All of these classes are a great opportunity for students to take. They are fun and very interactive.

(For more information on the digital, media, and communications courses offered at Watertown High School, go to http://www.mrrobbinsdmc.com.)