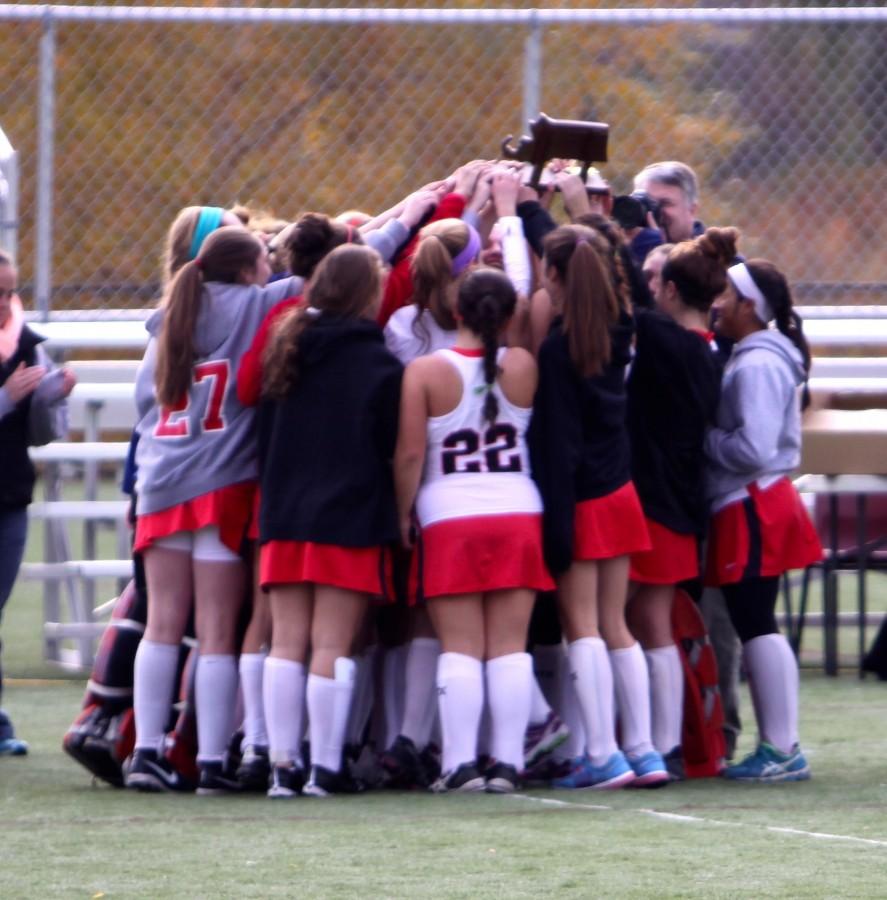 It’s been a flawless campaign thus far for the Watertown High field hockey team, and its brilliant successes continued Sunday as the Raiders captured the Division 2 North sectional championship with a 2-0 win over Weston in North Andover.

Senior Emily Loprete’s second-half goal sealed the Raiders’ 23d consecutive shutout and extended their unbeaten streak to an astronomical 136 games. It also earned them a trip to the state semifinal game on Tuesday, Nov. 11, at 2 p.m., at Reading High.

Watertown (21-0) continues its chase for an unprecedented sixth consecutive state championship with a game against Dover-Sherborn (19-0-3) in a rematch of last year’s state semi, a game the Raiders won, 4-0.

After making quick work of Newburyport (4-0) and Tewksbury (6-0), the No. 1-seeded Raiders took on No. 3 Weston in the sectional final in North Andover.

It didn’t take the Raiders long to open the scoring. Sophomore Kourtney Kennedy gave Watertown the lead just three minutes into the game, burying the goal off of a corner.

Despite dominating throughout the rest of the first half, the Raiders couldn’t manage to put any more goals on the board, going into halftime with a 1-0 advantage.

The Raiders were stellar as always defensively, as the Wildcats (17-2-2) couldn’t even get a whiff of the Watertown goal. Raiders senior goaltender Maddie Rocklin didn’t have much to do in net, not having to make a single save.

While Weston couldn’t manage a shot on goal, the Raiders onslaught led to a whopping 20 shots on net. Though there was no shortage of opportunities, the Raiders couldn’t find their second goal until Loprete put the game away with seven minutes to go, firing home a penalty stroke.