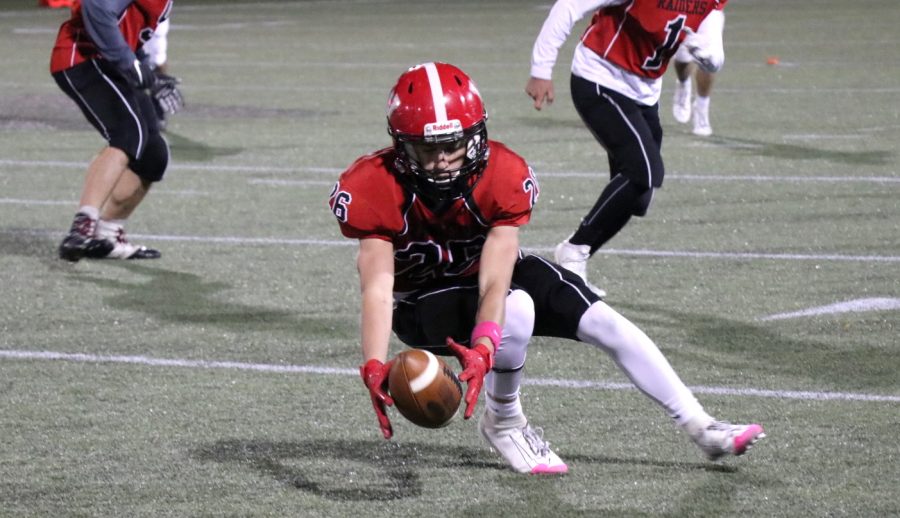 The Raiders (2-2) will play their next three games on the road, starting Friday, Oct. 11, at Stoneham.

“We need to focus better this week,” said junior David Manoukian, who scored in the second quarter. “It’s hard when some varsity players aren’t 100 percent and we had to move people around and play out all positions. We just need to improve all around as a team. As a team, we … didn’t perform to the best of our abilities and execute the way we were supposed to. Too many mistakes.”

Wilmington started off strong, as Bailey Smith broke through Watertown’s defensive line and didn’t seem like stopping. He scored three touchdowns in the first half.

The WHS students in the bleachers kept everyone’s spirits high as they cheered for the football team every second of every quarter.