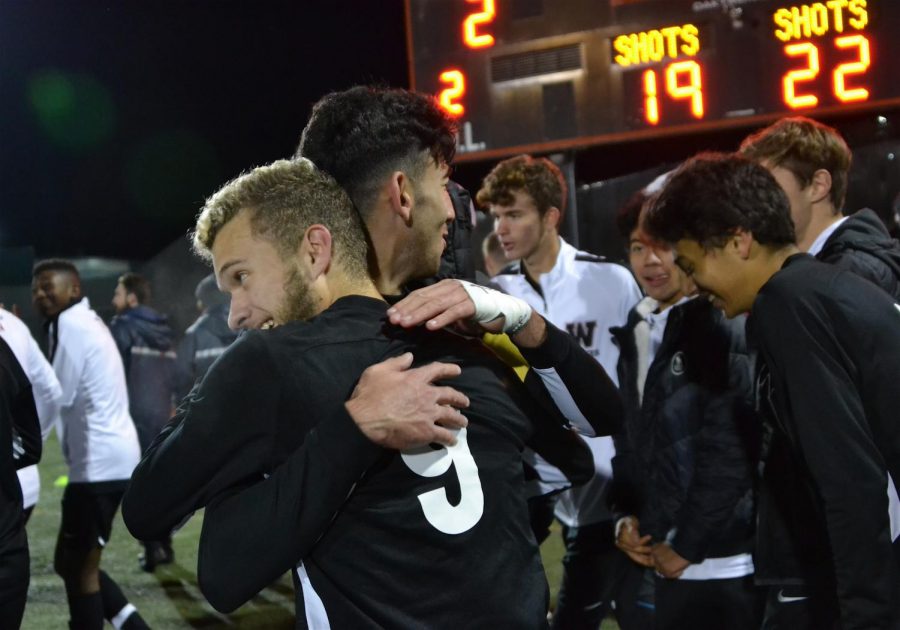 The Watertown High boys’ soccer team advanced to yet another round in the MIAA Division 3 North tournament when Rodrigo Freitas ended a tense game in the second overtime for a 2-1 win against Dracut at Victory Field on Wednesday, Nov. 6, 2019.

“Great overall effort,” stated Watertown coach Frank Cacia. “Not the way you plan two overtime victories in a row, but it builds character, so we drew from our experiences and felt pretty good when it went into overtime, based on what happened Monday [in the Raiders’ win over Weston].

“But it was a great overall team effort. Gevork [Karapetyan] sacrificed his normal position, which is central midfield, to play for the back for us to mark their No. 7. Hats off to these guys, they are a very good team, so onto the next round.”

Fans on both sides of the Victory Field bleachers — Watertown on the left and Dracut on the right — were viciously cheering their teams on, riding a rollercoaster of emotions.

The Raiders defended hard and pushed harder, scoring a goal by Caiden Kiani in the second half. But they let their guard down, allowing a Dracut player to score and tie the game.

“It hurt but I put everything I had into [the] game,” said Caiden. “The team played with heart. It was our determination that won us the game. I was confident in our defenses and our goalkeeper and, for that reason, I was not worried about the last five minutes.”