Boston Calling concert weekend has something for every music fan 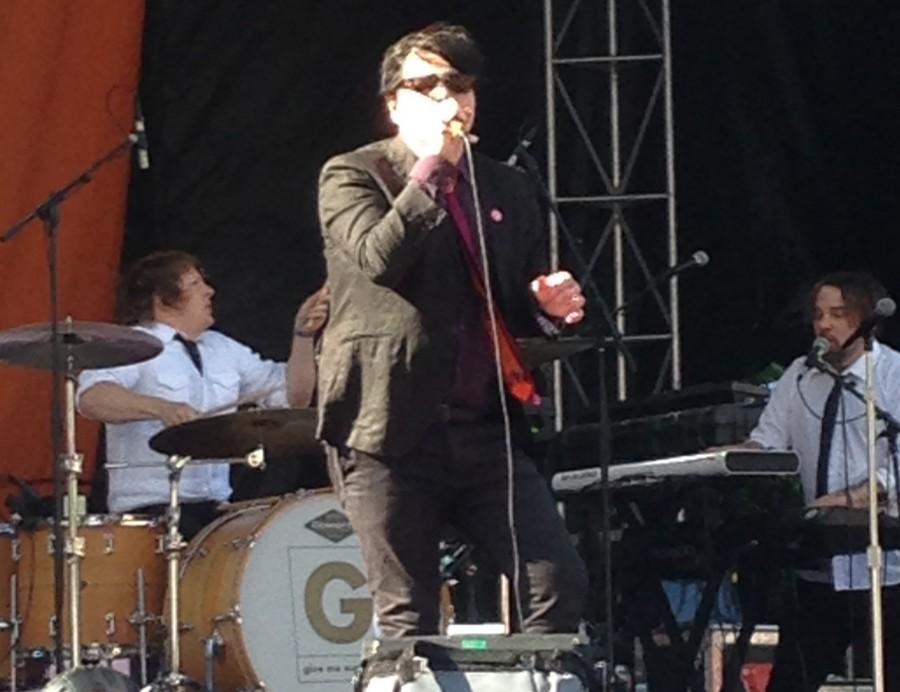 Highlights from the May 2015 edition of Boston Calling included performances by Gerard Way.

Boston’s own semi-annual music festival, Boston Calling, set stage for the fifth time in May 2015. For three days, crowds came to City Hall Plaza to watch their favorite artists perform. 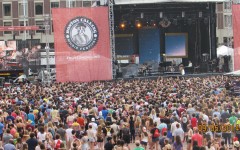 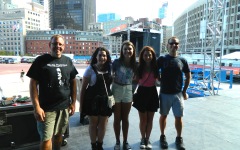 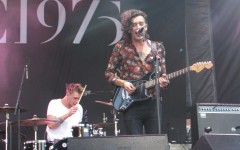 The festival kicked off on Friday, May 22, when three acts performed at night, including Grammy Award-winning Beck. The next day, 10 acts were to perform throughout the day. When the gates opened at noon, fans flooded in to claim their spots in front of the two stages, grab a snack at one of the many vendors, buy a T-shirt, or play a game set up by the festival.

On one of the walls opposite of the stages hung five banners with each lineup the Boston Calling has staged since it first started, allowing fans to reminisce about past shows.

The diversity of Saturday’s acts was amazing. Right after Danish alternative-electro singer Mø hyped the crowd with her danceable songs, rap group Run the Jewels took the stage, setting a completely different vibe in the crowd. After them, popular artist Tove Lo performed. During her song “Talking Body” she encouraged the people in the crowd to take off their shirts, and she did the same for a moment, too.

Gerard Way, the former lead singer of My Chemical Romance, was the next to perform. Since going solo, Way has released an album, Hesitant Alien, and was excited to perform it for Boston. He touched the crowd by talking about mental illnesses, telling how he suffers from depression, and how he overcomes it.

He reassured his fans that “You’re not crazy. You just need someone to talk to.”

Also, two of Gerard Way’s cousins were in the crowd to watch him perform. They don’t see him often because he’s constantly touring, but seeing him up there on stage feels “amazing … I’m so proud,” one of his cousins said.

British pop-star Marina and the Diamonds came out next. It was her second time performing at Boston Calling; her first time being in May 2013. Marina released her third album, Froot, in March 2015, so the festival was one of the stops on her first tour with the new album.

She performed hits from her first two albums, The Family Jewels and Electra Heart, as well. The last act of the night ended at 11 p.m., and tired and satisfied fans went home, some preparing to do it all again the next day.

Sunday’s shows again kicked off at 1 p.m., however, it was much hotter. Staff walked around with free water bottles to keep fans hydrated throughout the day.

Second to perform for the day was Halsey, a rather new, but incredibly talented singer. Her first album, Badlands, is set to release this August, but her devoted fans have already learned many of her songs from live performances and EPs, so that they could sing along. She played a mix of songs fans already knew, and new songs from the album.

Although her fanbase is mostly teenage and young-adult females, there were quite a few men in the crowd as well. She captivated her audience by dancing around the stage, and talking directly to fans in the crowd who’d yell something to her.

Later in the day, Vance Joy performed his hit “Riptide,” and Jack Black’s band, Tenacious D, took the stage. Closing out a perfect weekend was the Pixies, the Boston-born rock band.

The stages came down after another successful festival, only to be put back up in a couple months for September’s show. The lineup includes Hozier, Of Monsters and Men, Walk the Moon, Alabama Shakes, and more exciting names. It will take place September 25-27, and tickets are already on sale!

Each festival offers a wide variety of music genres to appeal to all ears, so all Bostonians and anyone else interested, should attend at least once in their lives.

This time, Tove Lo flashed the crowd, Mø crowd surfed, and Vance Joy adorably let one of his biggest fans in for free. Who knows what will happen in September? You’ll have to be there to find out!