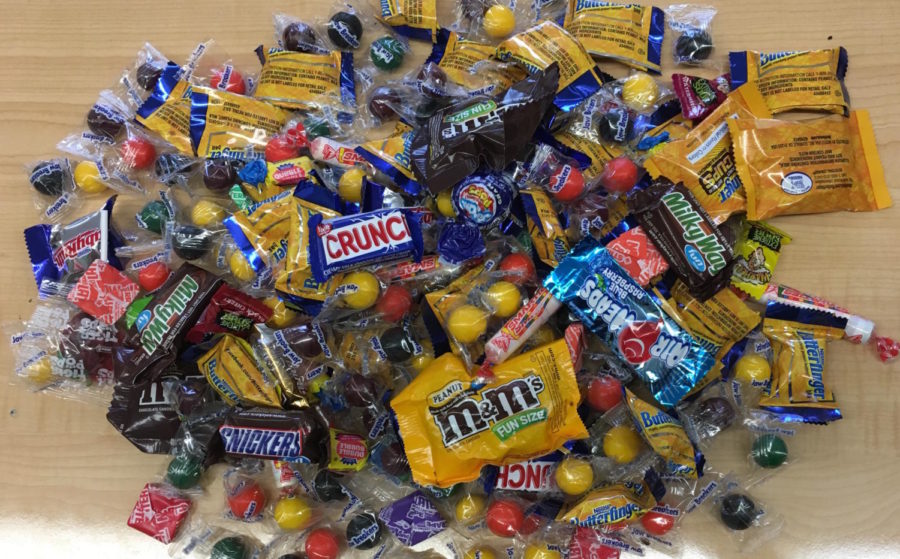 Halloween is right around the corner, but which trick-or-treat candy is the most popular?

A few days before Halloween and you still need to buy candy, what are you going to do?

Imagine that on Halloween the kids are out trick-or-treating. They come to your house and look into your bucket full to the brim with candy and start to reach in. But wait: There are only candies that nobody likes!

You don’t want to be the owner of that house.

If you are looking for candy to buy for Halloween that everyone will love, here is information about what students and faculty at Watertown High School like best in their Halloween candy.

Nearly 150 people were surveyed. Each person who took part in the poll ranked the 10 candies ranked them from most favorite (10 points) to least favorite (1 point). Each person only used each number from 1 to10 once, and all the points were added to determine the most popular.

After much anticipation and counting, the winner was announced.

Twix was the leading candy among the people surveyed with a total of 1,037 points, with 33 people voting for it in first place. Now you’ll know which candy to get for the trick-or-treaters. 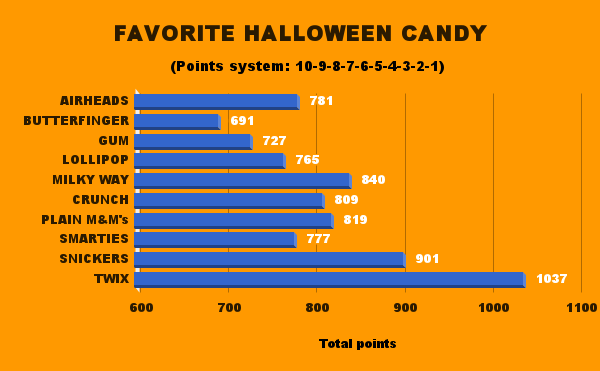 In second place was Snickers, which received 901 points, with 23 people giving it 10 points as first choice.

As the list begins to taper off, we get the the third, fourth, and fifth choices, all three breaching the 800 mark. Milky Way at 840, plain M&M’s at 819, and, just below the M&M’s, was Nestle’s Crunch coming in at 809. All three seem to be the agreed upon “normal” candies, as they come in the center of the rest.

The candy that was the least favorite among students and staff at WHS was Butterfinger, which received 691 points in total — although it was tied for third-most favorite (19 people) as the top candy choice. Interestingly, 15 people who said Twix was their favorite, also said Butterfinger was their least favorite.

Now you know which candy to avoid stocking up on for Halloween.