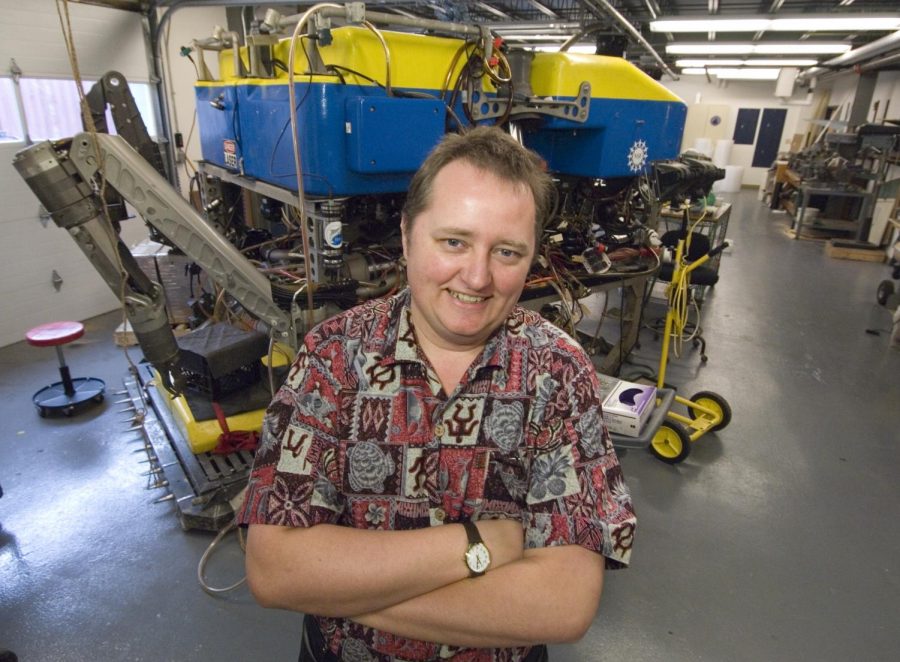 Are humans truly alone in the universe? Countless generations have looked up at the stars and wondered. Yet as scientists are beginning to find out, the keys to answering this question might lie in the depths of Earth’s own oceans. On the Woods Hole Oceanographic Institution’s recent webinar, “Oceans Beyond Earth,” scientists Kennda Lynch, Julie Huber, and Chris German described their research in deep sea exploration, as well as the exploration of other worlds.

If there is any place on earth that is the most alien, it would be the deep sea. As Dr. German said, “[The Pacific Ocean], alone, covers about one half of our entire planetary sphere — and because it is so deep, it also represents the largest contiguous space [volume] for life on Earth yet — because most of it is so far from land — it is woefully underexplored, 200 years into the history of humanity’s study of Earth’s oceans.”

Scientists all over the world, like Dr. German and Dr. Huber, have studied the mysteries of the sea. In particular, they have begun to study hydrothermal vents. What are hydrothermal vents, though? And why are they important?

Hydrothermal vents are places in the bottom of the sea floor where thermal energy from Earth’s core leaks into the freezing ocean waters. While life may be scarce elsewhere, at these locations the diversity of life is astounding. There are many different types of hydrothermal systems, depending on the type of underlying rock, and the reaction that takes place to form the energy that is so necessary for life.

Scientists are obsessed with the deep sea in relation to outer space because signs of hydrothermal vents have been found on other ocean worlds.”

The study of hydrothermal vents is not a long one. It was only in the mid-20th century that hydrothermal systems were discovered. However, important technology has been developed as a consequence of such research. Robots like ALVIN, which was developed by WHOI, have allowed humans to dive into the deep since the 1960s. Countless discoveries have been made possible as a result of the technological advances for the deep sea, and hopefully further discoveries will be made on other planets.

The reason scientists are so obsessed with the deep sea in relation to outer space is that signs of hydrothermal vents have been found on other ocean worlds, particularly Enceladus, a moon of Saturn. Enceladus has a sea spanning its entire surface, with a rocky core. This ocean is just as deep as Earth’s. Most importantly, jets of steam are constantly being exhaled from the south pole of Enceladus. These jets contain chemicals that are associated with the hydrothermal vents on Earth, giving scientists hope that just maybe, these vents are also present, and along with them, life.

But how do we know that what is found on Enceladus and what is present on Earth are comparable? This is another world, after all, and what is impossible on Earth may be possible elsewhere. Titan, a moon of Saturn, has lakes of methane, after all. The panelists at WHOI were quick to answer this question. Yes, one must keep an open mind when thinking about outer space, in particular extraterrestrial life. But countless years of research have shown that in general, the laws of physics apply throughout the universe. We know that Enceladus has a liquid ocean by tracking its motion with physics, and can conclude some of its composition through the fundamental laws of chemistry. So while alien life, if any, may be beyond what we can imagine, it won’t be any kind of fantastical. This gives hope to the theory that Enceladus’ jets can support life.

Scientists are searching for “agnostic biosignatures” — indicators of life on other planets, not solid proof.”

Enceladus isn’t the only celestial body with water. WHOI scientists agree that a number of others do as well, in addition to our neighbor Mars. Mars, however, no longer has water. A few million years before intelligent life surfaced on Earth, the magnetic field of Mars dissipated and all water that was present was quickly lost. But the remnants of Mars’ oceans still remain as great canyons and “paleolakes” (places where lakes once stood) dot its surface, giving clues to what water on other planets may have once been like.

There may have been life on Mars, at one point at time. If it originated independently on Mars, or was introduced as a result of a meteor exchanging rocks between Earth and Mars, is still unclear. Scientists, says Dr. Lynch, plan to use the rover Curiosity, and the future rover Perseverance, to further study these relic oceans and look for evidence of hydrothermal vents and life.

Maybe scientists will find evidence of life, and maybe they won’t. After all, scientists aren’t looking through their telescopes to try and see a glimpse of little grey creatures on a moon of Jupiter. What they are looking for is what the WHOI panelists called, “agnostic biosignatures” — indicators of life, not solid proof. Before making any sort of claim, scientists would need a lot of evidence from a variety of sources. And even if there is life, it would most likely only be microbial.

On Earth, microbes make up the vast majority of life. It was only relatively recently that more complex organisms arose. But even if absolutely nothing arises of all this research, it not only opens up opportunities for space exploration, but helps us better understand our own planet. As Dr. Huber pointed out, the tools that are being developed to study the deep oceans of Enceladus can help us explore our own oceans. Most importantly, it helps us realize just how essential our own oceans are. We have life! Real, living creatures, that run the risk of disappearing, like they might have on Mars. So even if we are alone in the universe, these scientists believe that studying outer space can help us at home.

But what if we do find life? I asked Dr. German.

“I would be utterly impressed and excited,” he said. “But setting my science brain aside, the main feeling I would have, I am pretty sure, would be to feel humbled… So I am pretty sure that news would make me head outside as soon as it got dark that night, look up at the stars, and think about all the number of times that life might have originated in each of those other planetary systems orbiting all those other stars in view.”

Life, after all, is incredibly special. And the research that WHOI and other research organizations like it are conducting are getting us ever closer to finding out if Earth can share that.

(For more information about Woods Hole Oceanographic Institution, go its homepage at https://www.whoi.edu/.)

Leave a Comment
About the Writer
Maud Neeley
Recent Stories 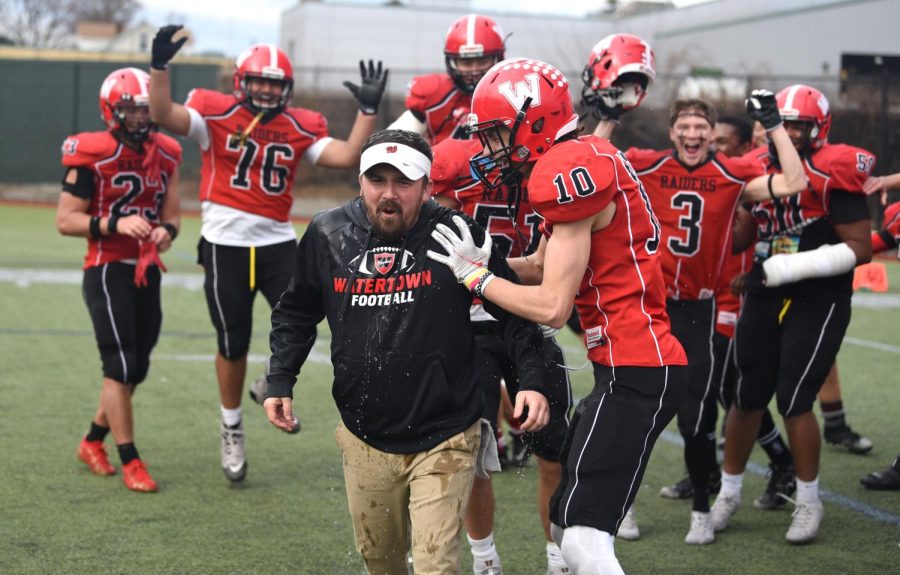 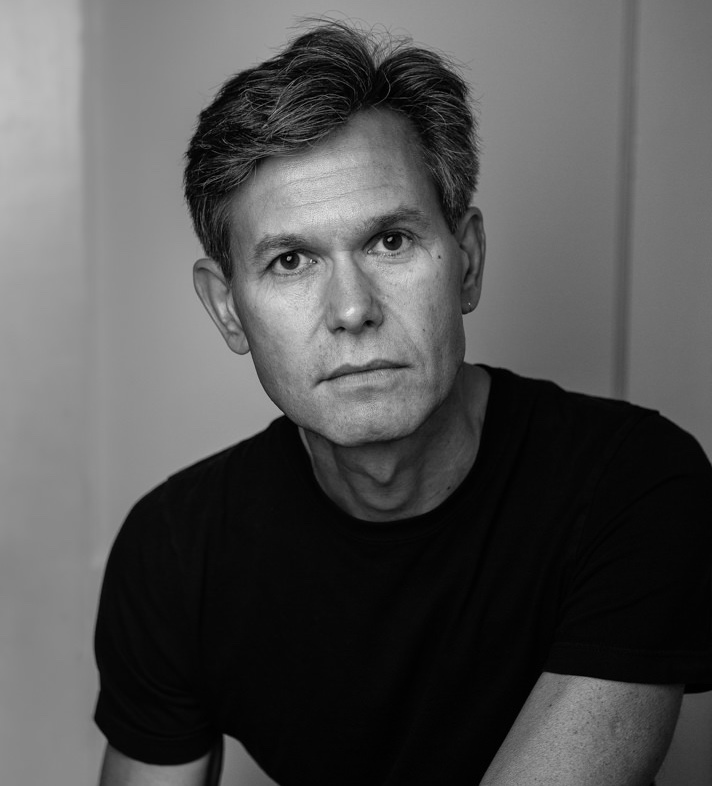 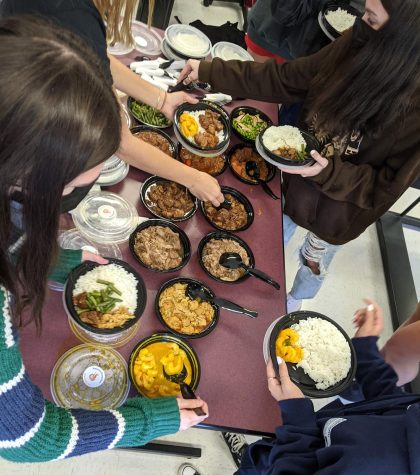