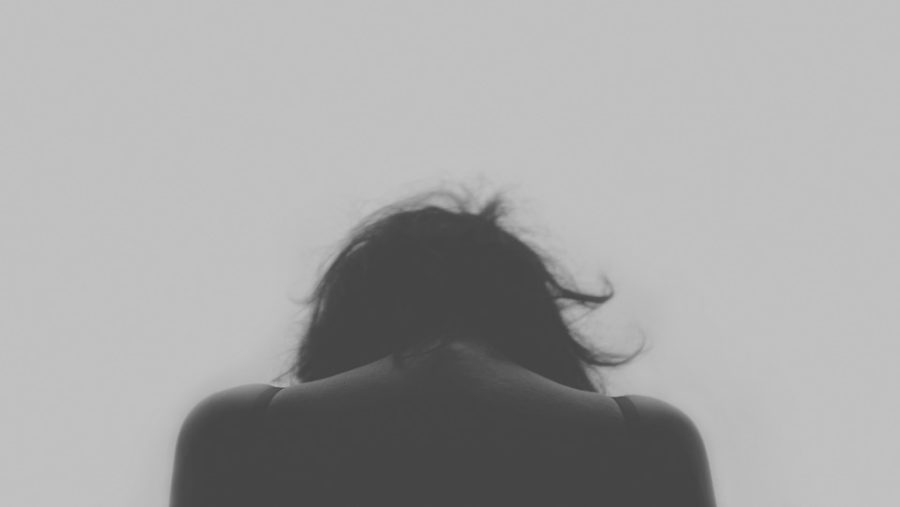 The older footage showed gymnasts doing what looks like ballet or interpretive dance with the occasional cartwheel, to the modern viewer. The video had a caption that said something along the lines of ‘If this was the qualifying standard for today’s Olympics, it wouldn’t be so hard to get in.” The video received comments like, “I could win the gold doing this.”

Of course, this isn’t unheard of or unusual, what we know the world to be today would be nearly unrecognizable in the eyes of someone living in even as close a past as the 1950s. One of the most common topics on television or in comedy are general misunderstandings between Generation Z and older generations. Normally writers focus on things such as technology and the differences in how each generation understands it, but in my opinion the biggest difference between my generation and older ones is the experience of growing up.

Most people are familiar with the concept of teenage angst. Obsessing and stressing over your future, your college and career path, who you are and what you’ll become. However, my parents and grandparents recall those thoughts and feelings beginning in the later years of high school, whereas everyone I know my age, including myself, remembers them beginning in middle school.

My mom has often joked that the peers I view as lazy would’ve been considered overachievers in her day, not because people her age are any less intelligent or talented, but because the pressures and expectations placed on kids today are far greater than they ever were. In this highly competitive environment, it’s no surprise that the rates of depression and anxiety in adolescents are startlingly high and that Generation Z is the most anxious generation to date.

In the fall of 2012, I was 11 years old and Sept. 6 was my first day of middle school. Over the summer, the idea of starting middle school had definitely dominated my thoughts and worries. During my last year of elementary school, we had practiced for what it would be like to switch from class to class and have different teachers for different subjects so it wouldn’t be such a huge adjustment.

Any opportunity offered to ease the transition into middle school was one I took. I went to a one-week class at my new school over the summer where we learned the ropes and the layout of the school. I did all my summer homework very early and thoroughly so I wasn’t stuck worrying about it in August. However, I wasn’t able to shake my fears about this new start.

I had always been studious and well liked by my teachers in elementary school, I was talented at creative writing and reading, and despite having a learning disability that prevents me from excelling in math, I’ve always gotten good grades. I feared that I would be incapable of continuing this way in the new environment of middle school. My mother told me it was completely normal to feel nervous and, of course, she was right. Everyone experiences anxiety and feelings of apprehension at the idea of upcoming and inevitable change, but what I was feeling was an oppressive and overbearing feeling.

My anxieties weren’t just dominating my thoughts, they were controlling them”

My anxieties weren’t just dominating my thoughts, they were controlling them. At this point in my life, this was one of the first (of many) times, I would experience anticipative and general anxiety that I couldn’t escape and that would prevent me from enjoying that summer and living in the present. That feeling would soon become very familiar.

On my very first day of middle school, I couldn’t shake the feeling of nausea in my stomach and I feared that the minute my mom left my side I would get sick. That day I didn’t, but for the next few months, each day before school started, I would feel that same nausea. I had trouble eating in fear that it would make me sick and many mornings I ended up vomiting before I left for school and once at school on the way in the front door.

That day my mom came to check on me, we were standing alone in the hallway at my new locker that I had no idea how to open and she begged me to help her understand what was going on. The thing was I didn’t understand any better than her. I knew that the nausea I experienced was never genuine, it was always mental, yet I couldn’t conquer it.

These feelings eventually stopped coming everyday and then less and less until they only happened rarely, this was only after I started seeing a therapist. Ironically, I would get anxiety about going to see a therapist who was supposed to help me with feelings of anxiety.

I remember in sixth grade, needing a therapist was not something I wanted to share with anyone. I thought it was strange and embarrassing. However, as I got older, I learned that seeing a therapist and struggling with feelings of anxiety and depression were more common among my peers than I thought. Off the top of my head I can name people my age who have been in or are in therapy, and almost everyone I know my age chimes in with a “Same” or “Me, too” when someone describes their anxious feelings.

The big question is why us? Is it just increased pressure and expectation? Is it something else or more than that? These are the questions that most of the articles and studies I came across seemed to speculate on. Everyone seems to have a different opinion. Some believe it’s technology or the impact of social media. Others get behind the idea that it’s all about no jobs, student loans, and getting into college in the first place. Others think it has to do with the political climate of the world, violence, and growing up post-9/11. The thing is, there are statistics to back up almost all of these arguments.

With such compelling proof for all these different arguments and reasonings it’s hard to pick a side. Which is the real cause for increased depression and anxiety? In my personal opinion, there’s no need to pick a just one, it’s clear to me that the accumulation of all of these things is the cause.

The first Time article I found when I began doing research for this topic was from 2016 titled “Teen Depression and Anxiety: Why The Kids Are Not Alright,” explained this nearly perfectly: “They are the post-9/11 generation, raised in an era of economic and national insecurity. They’ve never known a time when terrorism and school shootings weren’t the norm. They grew up watching their parents whether a severe recession and, perhaps most important, they hit puberty at a time when technology and social media were transforming society.”

Every generation has their own set of obstacles and struggles, and this is ours. We’ve been labeled as a generation of activists, which is something I’m very proud of. We are known for being driven to change what’s wrong with the world from social to political issues. But, while trying to cure the planet, I hope we have the time and energy to focus on trying to cure ourselves and each other.

2 Responses to “We are the most anxious generation”