Junior quarterback McDermott threw four TD passes and ran for another as the Raiders football team improved to 2-0 with 48-29 road victory at Plymouth South on Friday, Sept. 15, 2017. 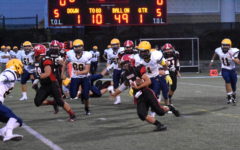 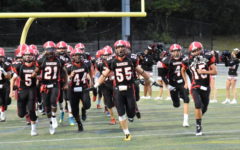 John Korte caught two TD passes and Conor Kennelly and Mange Camara one each as the Raiders improved to 2-0.

Matt Muldrew scored twice on the ground, running in 10 yards in the second quarter and 59 yards in the fourth quarter.

The Raiders will play again Friday, Sept. 22, at Melrose, in their Middlesex League game of the season.