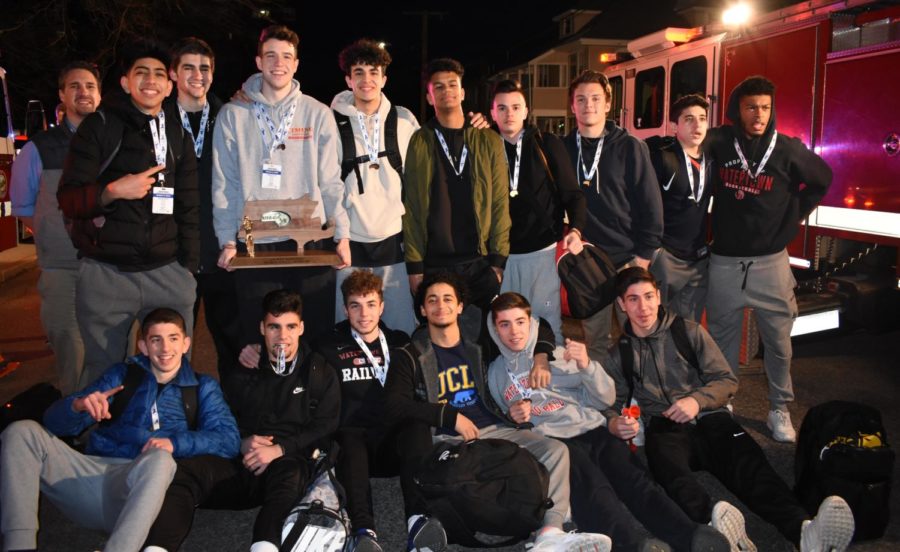 The Raiders may be sleepers, but they will be waking up with some historic hardware to show any doubters. 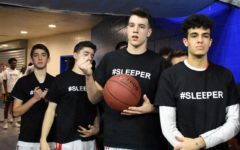 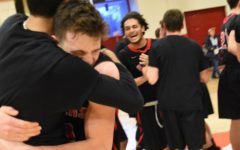 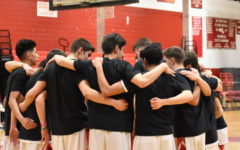 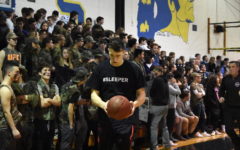 Starting out the tournament as the seventh seed in Division 3 North, the Raiders (20-6) have proven time and time again that they belong among the best teams in Massachusetts.

With #Sleeper emblazoned across their warmup jerseys, the Raiders took the floor in Springfield and made one last statement in winning the third state title in school history.

Watertown was led by senior captains Julio Fulcar and John Korte, who combined for 49 points. Fulcar and Korte have been playing on this team since they were freshmen. After experiencing the heartbreak of a loss in last year’s state semifinal in TD Garden, they found the ultimate redemption Saturday afternoon as they came home with the elusive championship.

“I couldn’t ask for better leaders,” said coach Stephen Harrington, who has won all three state titles in his tenure at Watertown. “They really meant a lot to this team.”

Korte was a bully on the offensive end, racking up 24 points and eight rebounds against the Eagles (19-6), the Western Mass. champions.

With two minutes left in the game, the Raider seniors on the bench got their chance to take the court in a state championship game. As seconds ticked off the clock, the stands grew louder and louder. At the final horn, the players mobbed each other in the middle of the court, celebrating a dream come true for this “sleeper” team.

“I would say euphoria,” said Korte, on how he would describe the feeling in his final game as a senior. “I didn’t realize you could get so much excitement over one moment in your life.”

Fulcar was not only the game’s high scorer (25 points, 6 rebounds), but he also showcased his strong defensive abilities, shutting down the two Easthampton guards and picking up four steals.

As coach Harrington will tell everyone, defense became the team’s calling card this season. The Raiders certainly showed it Saturday. Undeterred by the high-flying Eagles, the Raiders locked down on defense to pull away late in the second quarter. Korte and Fulcar each had 15 points at the half, where Watertown sat with a comfortable 21-point lead (40-19).

No matter how hard Easthampton pushed in the second half, it couldn’t make much of a dent in Watertown’s lead. The Raiders’ defense pressured guards Ant Moynihan, Sophandara Pek, and Zade Jenkins into forcing bad shots, and the Raiders got transition baskets off of turnovers.

The Watertown fans, clad in St. Patrick’s Day green, had to make a 90-minute drive to get to the James Naismith Court at Blake Arena, but they represented well, completely filling their side of the stands and shaking the gymnasium with every cheer from the student section.

Fulcar made sure to recognize the support in the stands that fueled the team on their championship quest.

“I can’t say enough about our fans, I really can’t,” said the senior. “When you hear that ‘Let’s go Raiders’ chant, you know what you’re playing for, and [their support] genuinely means a lot.”

Watertown — and their fans — could ask for no better way to close the season out. The Raiders are state champs once again!