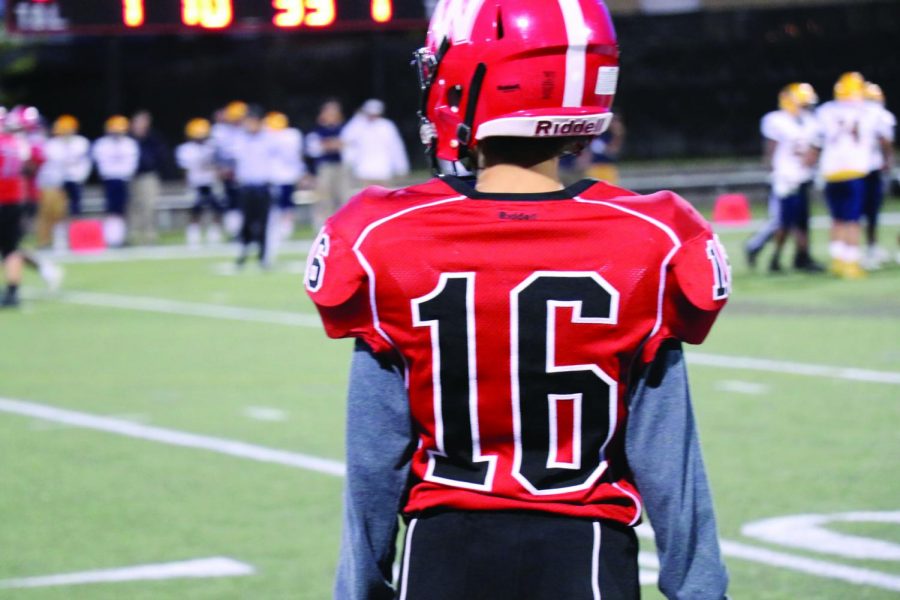 Ninth-grader Johnny Cacace -- son of varsity coach John Cacace -- is familiar with the Raiders football team, but new to Watertown High this year.

Johnny Cacace is probably best known for his last name as he is the Watertown High football coach’s son.

Sometimes he quite likes being the coach’s son because he gets to talk about the previous game with the head coach. But sometimes he doesn’t love being the son of the coach because if he does something wrong in the game he is going to hear about it, which can be a little added pressure for him.

One thing that is true for Johnny that is not true for many people at Watertown High is that he lives in Waltham. He doesn’t love that because on half-days he can’t go home because he doesn’t live in town.

Another thing that you may have seen Johnny doing is helping his dad with the playbook on the sideline. He really enjoys that and he says it’s a lot of fun. He said that he knows about 95 percent of the playbook.

Johnny also plays basketball and baseball, but football is his favorite sport. The way he describes how he fits in with the locker room is by describing himself as a leader because he knows more than most kids do about the game.

Johnny, while being an important part of the football team, is also a new kid. Johnny has said that being the new kid is “a little weird,” but overall he likes having a fresh start.

One of the ways he keeps up with his old friends is by seeing them in his town. While he enjoys seeing his old friends, he wished he could see them more, but it’s difficult because of the balance between school, friends, sports, and old school friends.

Henry Broadstone is a member of the Raider Times staff.